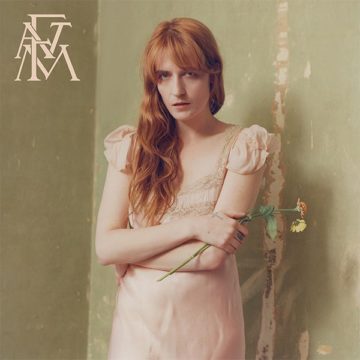 There are few, if any, voices more distinctive or powerful than that of Florence Welch. Famed for her ability to channel emotion through her shiver-inducing vocals, Florence’s vocal prowess has been paired with the impressive production and instrumentation of “the Machine” Isabella Summers since their debut in 2007. High as Hope, their fourth album together, is as vocally impressive as ever, but where power was the distinguishing characteristic in the past, here it is the other end of the spectrum, with the most notable moments being those grounded in vocal discretion and story-telling.

If debut Lungs introduced the world to the duo, and Ceremonials was the duo at the height of their powers, How Big, How Blue, How Beautiful was definitely the twosome at their biggest and boldest. Continuing their arc of self-discovery then, it makes sense that this album would be their most subtle (or as subtle as vocals this powerful can be) and thoughtful. Perhaps even their most thoughtful and mature. Songs like “South London Forever” and “Sky Full of Song” in particular capture this growth with exceptional lyrical story-telling and vocals that seem almost restrained, where in the past, they would have launched themselves into the stratosphere like only Welch can. Equally intriguing is “June”, a song about the flawed relationship between Welch and her younger sister, with whom Welch seems to hold some guilt and regret stemming from their upbringing and perhaps Welch’s early difficulties with substance abuse.

It may be the powerfully dynamic pairing of Florence Welch’s vocals with Isabella “The Machine” Summers production that forced the band into the spotlight, including headlining Glastonbury, but it is the subtlety of that pairing that has produced what may be the duo’s best work.

Br. lives in southern Ontario, grew up on The Beatles and The Journeymen, spent his adolescence immersed in grunge, and his adulthood in British alternative. His greatest joy is seeing his son dance and grow into his own appreciation of the indescribable joy of music...
RELATED ARTICLES
album reviewalbum reviewsindie pop
8.0