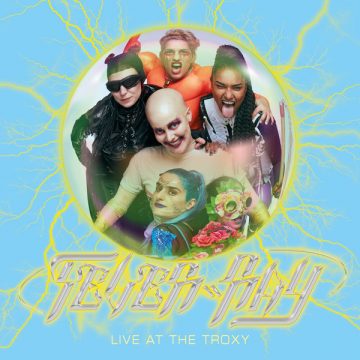 After another hiatus, Fever Ray returns with their live album Live at Troxy. Swedish artist Karin Dreijer has recorded a live performance of their fan favorites with songs from their album Plunge.

Dreijer is backed by six additional performers, which she handpicked. Each performer specifically challenges the norms of sexuality, motherhood, and gender. The album was recorded in London during March of 2018.

Fever Ray is nostalgic on this live album, but the energy from Plunge never left. Live at Troxy reimagines all the themes of sex, conflict, and freedom. Powered by strums of the guitar and shrieks from otherworldly synths, Dreijer, claims her rightful place in music on “I’m Not Done”, a cathartic performance as they revisit old conflicts and unwinds over a body-wrenching EDM beat. Live at Troxy is the same gift, in fresh wrapping. Her high-pitched voiced rides over pulsating 150 bpm beats, and their message is sharp, practically slicing the screams from the audience.

For dedicated Fever Ray fans, this live album will definitely be a treat.

Brianna Lawson is a lover of all things music (good music of course). Hailing from Fayetteville, NC byway of Charlotte, NC, she likes to lift heavy things and discuss the essence of hip-hop in her spare time.
RELATED ARTICLES
album reviewalbum reviewsfever ray
8.0