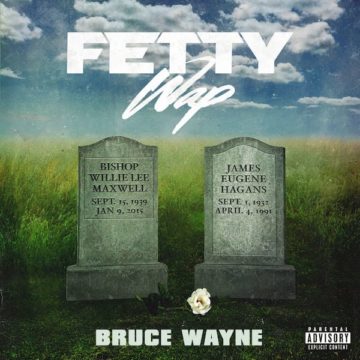 Bruce Wayne does not bring a new perspective to Fetty Wap.  Although Fetty Wap is known for club records , danceable grooves, and howling vocals, this does not change much in Bruce Wayne.  A lot of the songs sound similar to songs that he has released before.  Tracks such as ” So Different” and “Strawberry Kush”, are very one dimensional and illustrate this.  It felt like Fetty Wap was just trying to repeat the same formula  that got songs  such as “My Way”, “Aye”, “679”, “Trap Queen”, and “Surfboard” to be recognized by everyone. Overall, it feels like nothing new has changed in Fetty Wap’s progression as an artist.

Despite not changing his sound, Fetty Wap has some really strong songs on this project. Songs like “All for you”, “Star Struck”, and “Westin” bring elements that make people like Fetty Wap.  Fetty Wap is able to combine elements of trap and R&B as well, and these songs are clear examples of it.  Demonstrating  that project has substance to it.

When looking at the mixtape, Bruce Wayne,  Fetty Wap is able to give more of the same to his fans, however, this may not be such a good thing in the long run.

I'm a just lover of hip-hop and photography who grew up in Ajax Ontario. Through this platform I hope to share my opinion on the world of rap and bring a new perspective to new upcoming acts, artist, and the music scene. In addition to being a lover of hip-hop, I love to capture photos of these artist in the mean while.
RELATED ARTICLES
300 entertainmentalbum reviewalbum reviews
6.0