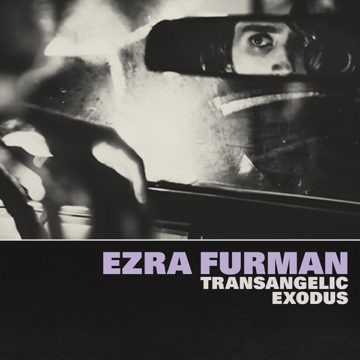 I can think of no better way to start this review than with a simple statement of fact: This album is exhausting. It may also be absolutely bloody brilliant. I have spent the past two days scouring my brain for what the album best reminds me of, and here is the most cogent version: If David Byrne recorded with Adam Granduciel, but with Mike Hadreas’ style, Meat Loaf’s appreciation of scale, and a sprinkling of Bowie’s stardust, it may sound something like Ezra Furman. Maybe. See? Exhausting. Equally challenging is any attempt to nail down the content, which seems to be focused on an exodus of angelic beings from the cities as they are being chased by the government? Maybe? Yes, there is a lot of tongue-in-cheek here on my part, but in the same breath, there is a lot of sincerity in my inability to concretely nail the album down in any way that makes it easier to describe or digest.

So maybe ‘brilliant’ is just as important a descriptor. There is no question that this album oozes creativity and urgency in equal amounts, nor is there any question that Furman, through many narrative filters, is tapping into the plight of the LGBTQ+ community in modern-day America. Self-identifying as queer himself, Furman’s delivery and content both scream at the injustice and inequality rife within his own community and the community of humanity at large, and to assume that his angles are a metaphor is a very safe assumption indeed. There is tenderness here too, though, not all caustic angst, and it is incredibly touching to hear Furman express his love as his voice cracks and his raspy delivery rises and falls. “God Lifts Up the Lowly” makes for a captivating listen as Furman discusses love and loneliness, all through a filter of passionate faith. Yes, these seem contradictory, but he knits them together beautifully and the refrain is heart-warming and heart-breaking at the same time.

Musically, this is an album with some real percussive propulsion, and it is these tracks that are also the album’s standouts. “No Place” is particularly powerful, grabbing the attention from the first few notes and holding you on a knife edge right until the final moment. Though maybe not on the same scale, “Driving Down to L.A.” is another memorable track.

Though this album may not have been written with my specific demographic in mind (or maybe just the opposite . . . hmmmm), and though I cannot say that it ticks all my traditional musical boxes, there is NO question that it may be the most urgent, vital, and important album you will listen to this year. Peace.

Br. lives in southern Ontario, grew up on The Beatles and The Journeymen, spent his adolescence immersed in grunge, and his adulthood in British alternative. His greatest joy is seeing his son dance and grow into his own appreciation of the indescribable joy of music...
RELATED ARTICLES
album reviewsbella unionezra furman
7.0