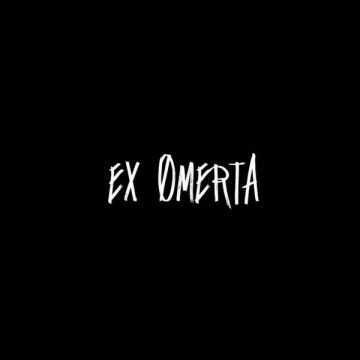 Hailing from what very well may be one of the least likely places, your next favourite alternative rock band, Ex Ømerta, are ready to burst straight out of Winnipeg with their explosive self-titled debut album.  Ex Ømerta follows the release of three digital singles (“Sink In”, “Blow Up”, and “Romantic Horror”), each paired with a striking music video, released over the course of just under the past year.  Ex Ømerta matches the energy and excitement of the band’s engaging live show and will certainly be a hit amongst their growing fan base.

Opening with the slow, riff heavy crunch of “10 Outta 10”, Ex Ømerta almost immediately sets the bar high for the rest of the record with a gritty tone, tight grooves, and intense vocals which are reminiscent of  the likes of Royal Blood and Queens Of The Stone Age. The track also serves as an excellent example of the band’s emphasis on songwriting; while their riffs may be dissonant and their melodies haunting, the song builds bigger and bigger organically while also remaining incredibly catchy. The same could be said for much of the album, especially the three singles and “Blue Lips”, “Who Am I”, and “Wait On”.

Ex Ømerta’s performance across the 11 tracks that make their debut full-length record is simply tight. The band captures a raw energy and sense of chaos – perhaps best heard on “You Know It’s Wrong”, “Cut + Run”, and “A.Y.R.F.W.C.” – while remaining proficient as individual musicians and a group. It’s rare to find a band that can truly sound out of control while, in fact, being fully in control without sacrificing their songwriting or musicianship. Furthermore, the vibe across the album is striking; whether it’s the eeriness of “Blow Up” or the lingering and haunting tension of “Romantic Horror”, the ever-shifting moods of Ex Ømerta truly bring the record to life.

Front to back, Ex Ømerta is an exhilarating record that feels fresh and unique. Where most modern alt rock of today tends to sit on the safer, indie side of the spectrum, Ex Ømerta has delivered a dangerous-sounding debut which takes risks every chance it gets. Without a doubt, this is a band to watch out for.

A passion for music has always been a part of Gerrod’s life. As a young boy, he was raised on a steady diet of the music from The Chili Peppers, Aerosmith, The Stones, Prince, and others from his mum. Raised in the GTA, Gerrod continued to foster his love for music by attending a wide range of concerts and learning the drums. His unapologetic passion for music has no bounds and has spread to a wide variety of styles, whether it be the 90’s rock that sound tracked his teenage years, the jazz he studied in university, or his newfound love for hip-hop. He recently received his bachelors in music and education from York University and is passionate about writing and reviewing good (and less than good) music. Gerrod is also the drummer and songwriter for a Toronto based rock & roll band, One In The Chamber.
RELATED ARTICLES
album reviewalbum reviewsblow up
7.0