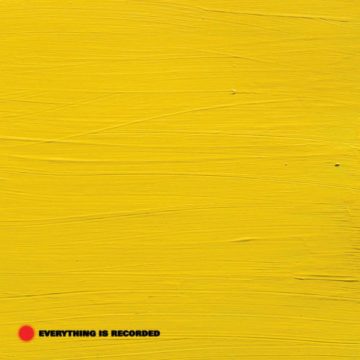 Richard Russell founded XL Recordings in 1989, and since that time XL has produced some of the most original and coolest dance records released in the last 25 years. He is also a producer of note, and the A & R department for XL. Since producing, he has chosen his projects carefully  and as such,  he has produced Bobby Womack, Damon Albarn, Gil Scott-Heron and Ibeyi. He also writes and creates incredible music of his own, which brings us to Everything is Recorded by Richard Russell. Everything Is Recorded is really just Richard Russell, who creates the music and invites guests to sing and play on the songs.

One look at the list of the guests on this album, and it just does not seem real. Peter Gabriel, Damon Albarn,Green Gartside (it is so good to hear him again, his releases are too far apart), Sampha, Kamasi Washington and Ibeyi to name just a few.

This is a relentless album, chock full of sounds and music. He creates a sound collage, albeit danceable. It is an extremely well produced album. The music ranges from dub, dance, reggae beats, soul, funk, and all stops in between. Quite an achievement to get this all on to one solid record. Everything is Recorded by Richard Russell has been in the works for more than a couple of years and features a number of previously released singles. Again, the songs fit well into the album

“Close But Not Quite (featuring Sampha)”  kicks off the album, after the brilliant “Intro”. This has been issued as a single, and a good choice, both as a single and as a song to represent the album. Sampha sounds right at home while Russell provides the perfect backing and atmosphere. A great song and a great way to get the album going.

For my money, the highlight of the album is the soulful and moving “Bloodshot Red Eyes (featuring Infinite and Green Gartside)”. It is an incredible song, and the vocals are stunning. Here, the album pauses somewhat, slows down, you catch your breath and get ready for the rest of the album. The fact is, this an album that should be listened to from beginning to end in one sitting. The transitions and interludes such as “Purify – Interlude” (featuring Peter Gabriel) in between songs helps to set the mood and overall vibe of the record. It really is a cohesive and solid album.

Although he works with other artists, it is incredible to think that this is really Russell’s first album. He has taken his years as a producer and musician and pulled everything together to create this album that is remarkably ahead of its time, while being somewhat retro at the same time. How he does it? I do not know.

The album ends with the reflective and brilliant title track, “Everything is Recorded”, which features Sampha and Owen Pallett. The song serves as a warning of sorts and features excellent use of altered recordings.

Everything is Recorded by Richard Russell is a great album, full of unique sounds and music. Russell is able to have guests on the album but they become part of the band. It becomes a unified project. A brilliant album.

Born and raised in Whitby, Aaron discovered music through his love of The Beatles. This led to a career in radio, writing for various publications, and ultimately a radio show about The Beatles (Beatles Universe), which ran for over four years. When not immersed in music, Aaron enjoys spending time with the loves of his life -- his wife Andrea, and daughters Emily and Linda (all of whom have an intense love of music too).
RELATED ARTICLES
album reviewskamasi washingtonxl recordings
10