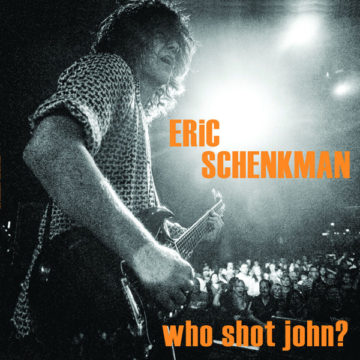 Eric Schenkman of The Spin Doctors recently released his third solo album, Who Shot John?, which shows his diversity in varying genres. Schenkman often switches between Chicago Blues, Funk, Soul and Pop to create great songs that seldom stray beyond three chords. His radio-friendly and familiar-sounding songs effectively draw listeners in for a great musical experience. Standouts on the album include the heavily blues-influenced opener, “I’m Alright”, along with title track, “Who Shot John”; these songs show off the diversity and talent that Schenkman has to offer. Throughout the album Schenkman keeps true to a blues core while playing with sounds and styles, resulting in something that is recognizable yet distinctive. Overall this is a great listen for anyone who is interested in music with a blues vibe. Schenkman does a great job of making melodies and riffs that are memorable within each song and is continuing his success with this album.