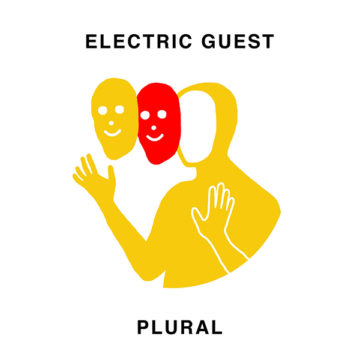 In 2012, Los Angeles-based group Electric Guest released their debut album Mondo, which included instantly appealing tracks like “American Daydream” and “The Bait”. The group have now released their follow-up album Plural. Unfortunately for fans of the band’s debut album, Plural is somewhat less inspired than their previous work.

Plural is full of much mellower songs than the more upbeat and catchy electric indie pop tunes that gained Electric Guest their initial attention. The new single “Dear To Me” is overly cheesy and easily forgettable, as are tracks such as “Glorious Warrior” and “Back & Forth”. At its worst, the album sounds like a generic playlist for a clothing outlet store.

At its best though, Plural provides softer examples of the interesting songwriting abilities of  the group’s primary figures Taccone and Compton. “Oh Devil” and “Zero” are clear evidence that the duo are just as capable of creating catchy mellow jams as they are upbeat tunes. “Over” is another excellent track, though its obvious melodic borrowing from Gorillaz’s “Feel Good, Inc.” might qualify an asterisk next to its Key Track status. Finally, “See The Light” is arguably the album’s climactic moment, although its track list position (track 7 of 11) is a bit of an interruptive factor in the album’s overall musical flow–it might have been a perfect closing track.

Taken as a whole, Plural is an exactly average album by an incredibly talented group. The album is evenly split between boring and exciting tunes, and peppered with a few moderately appealing songs like “Sarah” and “Bound To Lose”. Plural is a satisfying album, but I’m hopeful that any third album by Electric Guest will be at least as memorable as their earlier work.

The Spill Magazine is a Toronto-based online publication dedicated to covering the independent music scene with a strong focus on our thriving hometown talent. Our writers bring you up-to-date news, in-depth features on musicians and reviews for the latest CD releases. We also travel to the front lines for all local festivals including Canadian Music Week and North by Northeast. Don’t forget to check out our Facebook and Twitter pages for all daily Spill updates.
RELATED ARTICLES
album reviewsinterscope
8.0