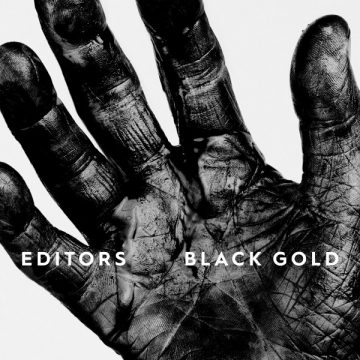 Editors have now officially released Black Gold: Best Of Editors album. The album consists of favourites from their catalogue, which includes in the deluxe version eight stripped-back acoustic performances.

Editors were known to many as one of the leading forerunners of post-punk revival in the early 2000s, and this compilation of their hits takes us back in time, evoking the days of post-punk at its peak. Moments like “Munich”, “Sugar”, and “An End Has A Start” are classics that will always stand out for their catchy instrumentality and infectious lyricism. A really nice touch is the addition of acoustic tracks which shows that they haven’t completely given up their guitar sound that put them on the map in the first place. It also feels like they are trying to form a deeper connection with their fan base by having such a laid-back approach to fans’ favorite tracks.

Acoustic piece “Walk The Fleet Road” is truly a beautiful masterpiece on Black Gold that makes you feel so many different emotions from its harmonized vocals to its gorgeous integration of guitar and orchestral backdrops.

From their unique guitar sounds to their fun use of synth-accompanied by amazing vocals throughout, Black Gold is a must-have for those that really enjoy Editors and the songs that took them straight to fame. The acoustic additions to classic songs are also a good reason to own this record. It truly shows how far this band has come from their first album and one can only hope they keep continuing to blaze the trail in their genre with the sound that has made them a staple that they are in rock music today.