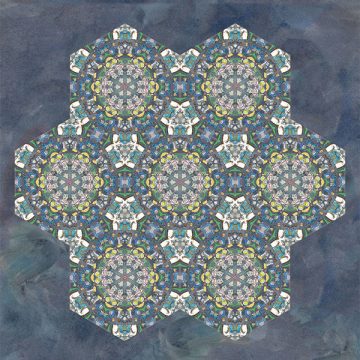 Metamorphejawns, the first full-length album from the seven-piece ensemble known as Ecce Shnak (pronounced eh-kay sh-knock), sounds exactly like what an album whose most easily digestible track is titled “Velociraptor Swayze” should sound like.

The saucy nine-track compilation comes hot on the heels of Joke Oso, their EP released earlier this year, which introduced the world to the assemblage of auditory surrealism that Ecce Shnak conjures. Metamorphejawns picks up right where Joke Oso left off, with the final installment of the “Harassment” series: “Harassment IX, Epilogue: Automation/Mailman Jawn.” The track opens with an eerie vocal commentary poking through a murky crescendo of guitar riffs that eventually gives way to a snippet of hip-hop… and that’s just the first 30 seconds.

When you consider the album as a sonic expression in response to current events, it all makes sense. The sound bites and broad assortment of musical styles that are stitched together act as a backdrop for some outlandish narratives and lyrical arrangements held together by David Roush’s Gregorian Monk-style vocals. It’s all in good fun… albeit sometimes in an off-color kind of way that might make you a little uncomfortable.

This is not an album that will lend itself well to background music. It’s an album that demands your full attention. Metamorphejawns is a three-dimensional colour wheel in a musical landscape littered with sepia-toned Polaroids. It will appeal to any creature who has looked outside their window and wondered why?

Mariko is a freelance writer and photographer based out of Vancouver, BC. She is a music junkie, an intrepid optimist and a fish taco enthusiast. She lives in a campervan full time and is dedicated to exploring the connection humans have with music and sound via her personal blog Earthly Pursuits. When she’s not at a concert or stuffing her face with fish tacos you can find her outside either near water or in the mountains.
RELATED ARTICLES
album reviewalbum reviews
9.0