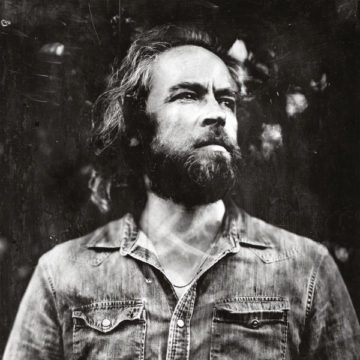 The blues tends to be rather conservative, with change occurring only slowly. The south London area has long been a major centre for Britain’s blues scene, and it was the location for one of the biggest changes in the blues last century, when the music was taken up by young white musicians in the early ’60s, later adding a healthy dose of rock to create the blues-rock approach which has changed little since then. However, there are some who have kept that experimental attitude, and Duke Garwood is one of these rare figures. His associates have included The Orb, The Archie Bronson Outfit and, most notably, American alt rocker Mark Lanegan.

Multi-instrumentalist Duke does kind of keep faith with the blues tradition however. Many songs are downbeat and sparse, with droning, layered backings behind his voice, intoning lyrics rather than singing them, so that the overall effect is almost that of a totally chilled John Lee Hooker having a bit of fun in the studio after someone spiked his drink with… something. ‘Days Gone Old’ is funereally paced, as if walking through sand, in contrast to the happy-sounding delicate acoustic guitar work on ‘Sing To The Sky’, though the liveliness of the latter is very much the exception on this album. ‘Heat Us Down’ and ‘Move On Softly’ are both almost conventional, with almost familiar structures despite the electronic noises and unusual musical textures – and the latter even sports a guitar solo. There is even a singer-songwriter-ish offering in ‘Sleep’. Overall, a successful, if not totally radical experiment then.

The Spill Magazine is a Toronto-based online publication dedicated to covering the independent music scene with a strong focus on our thriving hometown talent. Our writers bring you up-to-date news, in-depth features on musicians and reviews for the latest CD releases. We also travel to the front lines for all local festivals including Canadian Music Week and North by Northeast. Don’t forget to check out our Facebook and Twitter pages for all daily Spill updates.
RELATED ARTICLES
album reviewsduke garwoodheavenly recordings
10