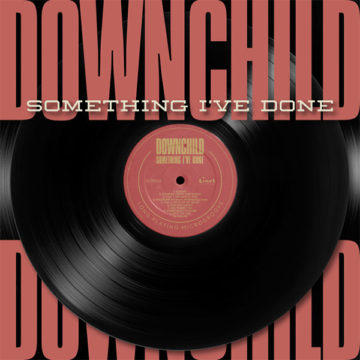 A Canadian institution of almost fifty years standing, their first single was released back in 1973, “Flip Flop and Fly”. Downchild – still referred to in some quarters as Downchild Blues Band, though they dropped that in the 80s – still make fine music. A lot has changed in music – and the blues – over that time. Although the down-home (musically and lyrically), harmonica-driven “Mississippi Woman, Mississauga Man” or the powerhouse title track could have been cut at any time in the last sixty-plus years, others display some of the changes in taste that have occurred. The opener, “Albany” is an infectious, horn laden jumping blues track and “Take A Piece Of My Heart” is a pleading piano-based soul number – this would have been considered commercial music when the band first started.

There have been numerous personnel changes over the band’s life-span, which is only to be expected, but all the present members have been there for at least two decades, and of course, the harmonica and guitar man is still founding member Donnie “Mr. Downchild” Walsh. With a fine bunch of original compositions (this is indeed a band effort), an accessible blues sound, a variety of styles from hell-for-leather vintage rock ‘n’ roll to a cool jazzy item like “Into The Fire” and all without a trace of blues-rock posturing, this is still a blues band, and indeed, it is the band that inspired The Blues Brothers. On this evidence they are not content to rest on their laurels – they’re not ready to cede ground to younger rivals just yet.

The Spill Magazine is a Toronto-based online publication dedicated to covering the independent music scene with a strong focus on our thriving hometown talent. Our writers bring you up-to-date news, in-depth features on musicians and reviews for the latest CD releases. We also travel to the front lines for all local festivals including Canadian Music Week and North by Northeast. Don’t forget to check out our Facebook and Twitter pages for all daily Spill updates.
RELATED ARTICLES
album reviewslinus entertainment
9.0