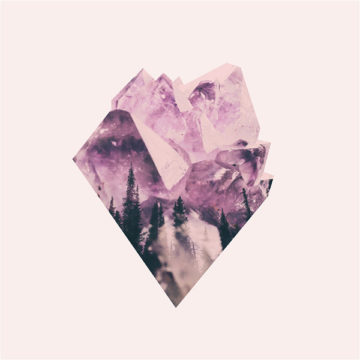 Out today (February 17th, 2017) is a benefit compilation of ambient artists curated by Keith Kennif and his wife, Hollie. Keith releases music under the monikers Helios & Goldmund, and his wife collaborates with him to form Mint Julep. The album, accurately titled Disquiet, is the first of three installments with a possibility of a fourth. Released on Keith & Hollie’s label Unseen, 100% of the profits will be donated to non-profit organizations that support the environment, investigative journalism, women, and minorities.

If you’ve watched any movie or TV show in the last 10 years, chances are you’ve heard the artists on Disquiet. It features many of our generations previously unreleased tracks and tracks composed exclusively for the collection. Some by well-known post-rock greats like The Album Leaf & Hammock and others by lesser known, but equally as wonderful composers like Synkro & Balmorhea. Western Vinyl will be doing physical releases for all three volumes that will be available in late summer 2017.

This album is full of delightful, hazy ambience. Many artists combine a wash of electronic production with delicate guitar melodies and floating piano. On The Album Leaf’s “AW 11316”, we hear Jimmy LaValle’s quintessential Rhodes keyboard drifting into a hum of synthetic textures. Followed by “Longshore Drift” by Mint Julep where Hollie’s soft, far away vocal is met with the subtle disconnect of an arpeggio synth line that reminds me of Junior Boys’ So This Is Goodbye. Eluvium presents an incredibly patient and intimate number with “Windmill”. The tune casts an airy shadow as if you just woke up from a lucid dream and need those 9 minutes and 48 seconds to reflect. Hammock’s last song on the record, “In the Shape of Longing”, transcends a dissonant beauty. The ambient duo from Nashville always have had a way with angelic hums and harrowing swirls that sometimes can only be described by the title of their latest album, Everything and Nothing. Disquiet Vol. 1 is a wonderful, relaxing ride. The music can be encouraging to some while uncomfortable to others. It can be auspicious and delightful or omi-nous. It is all perspective and it is open to your interpretation. Just as these difficult times require a clarity and purpose from us to weather the storm and find the light through the haze.

After majoring in business & entrepreneurship at UCSB and traveling the world, Andrew moved to Los Angeles to pursue music and not give up his love for surfing, hiking and yoga. He is also in a couple really cool, up and coming, indie-rock bands in LA - Mothlight & Lone Kodiak.
RELATED ARTICLES
album reviewsvolume 1
9.0