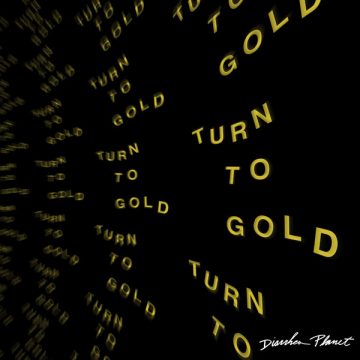 No Sphincter Paralysis when hearing four guitars at the same time???

…Sphincter Paralysis…what an awesome name for a band….gotta remember that. Oh, hey!! I have to admit, I got sucked in by the band’s crappy (get it??) name, but the real question is, how is their music? Diarrhea Planet is an American six-piece Garage Punk Band from Nashville, Tennessee, formed in 2009. With 11 songs that grace the listener’s ears on this album (three years since their last EP), Jordan Smith, Ian Bush, Mike Boyle, Brent Toler, Emmett Miller, Evan Bird try to bring the arpeggiating guitar shredding (or as one critic has penned, “guitarmonies”) niche back to the heights of mainstream belief.

With some inspiration from Bruce Springsteen, The Who, The Vaccines, The Smashing Pumpkins, Cheap Trick and others, Diarrhea Planet combs through a veritable trove of past and present musical artists to paint their own musical canvas, and self-admittedly try to form their own “Back in Black” moment. The compilation starts off with “Hard Style,” having a slow burn intro along with marching-like drumming accompanied by patriotic-sounding guitars, which threw me back to a transposed Pachelbel’s Canon in D major. Would this have been an intro that I would have chosen to get people amped as an intro? Probably not, as it doesn’t really fuel my interest to move onward from this arena-glam tidbit. Throughout this album, we have slower tempo, mellow songs such as “Dune,” “Lie Down,” and “Ruby Red,” to balance the more upbeat songs such as “Life Pass” (fuzzy, heavy guitar power chords galore) and “Ain’t  a Sin To Win”, which opens with a motorcycle sound, but lacks harshness from the vocals, that I thought would have made the song grittier in theme with the opening. The instrumental textures are fun to listen to on this album with songs such as “Announcement,” “Bob Dylan’s Grandma” (great guitar plucking and bridge at the end), while “Hot Topic” really brings the Diarrhea Planet energy to the listeners. My favourite track? “Let It Out,” as I really liked the melody and hook in this song and would find it worthy to be played ad nauseam on the airwaves (digital or otherwise). The album culminates on a strong note with the eight-minute finale “Headband,” as it brings together all the musical elements that exemplify the best that Diarrhea Planet has to offer, with its progressive four guitars playing.

The different dynamic vocals (almost a different singer on each song…kudos to them!) seem limited in their range throughout the album (“Announcement” vocals sounded out of breath?), and the instrumentals on each song tend to blend into each other, thus making songs sound texturally similar. Of note though, are the gratuitous guitar solos and the frenetic drumming. From what I hear, this sextet’s live shows are something to behold, and it’s disappointing that this for me hasn’t translated into a more energetic feel on this album. Though this compilation isn’t some influential manifesto of the approach to juxtaposing 1970’s Power Pop against 1990’s Grunge, there are some good moments on here but not enough to make me want to collectively party my ass off while listening to these tracks. For those devout niche fans, this album does capture every morsel of Diarrhea Planet’s musical ideas and leaves an impact for sonically wanting more. What this album needs is more….guitar, said no one from Nashville, ever.

Insert pretentious stuff about me here. I was born at a very young age. I am pretty, funny... without the comma. Easily distracte
RELATED ARTICLES
dine alone records

by SPILL NEWS on March 12, 2021
CITY AND COLOUR ANNOUNCES SPECIAL COLLABORATION WITH THE NICK NURSE FOUNDATION TO CELEBRATE 1 YEAR ANNIVERSARY [...]
7.0