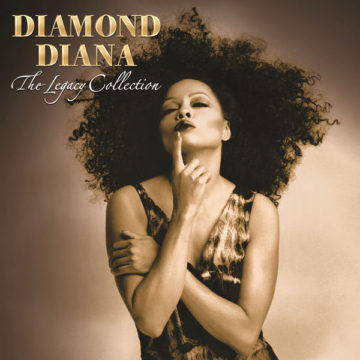 As the recipient of this year’s Lifetime Achievement Award at the American Music Awards, Diana Ross proves her talent and elegance stand the test of time. Her newly released compilation album, Diamond Diana, The Legacy Collection, comes as a testament of said talent, proving just how bright she shines. In regard to the new release, Ms. Ross is quoted: “I send this special gift you all. This collection of songs is from my heart to yours and I send you my love and thanks and appreciation to you for my joyous amazing journey, it’s so much fun.”

Starting out appropriately with the classic disco track “I’m Coming Out”, an anthem for all ambitious women since its release in 1980, the compilation continues down memory lane with her track, “My Endless Love”. Featuring the one and only Lionel Richie, it is a showcase of her evolution from disco to ‘80s power love ballads.

The compilation also displays Ross’ ongoing success across the decades from her start in Motown with The Supremes to become a reigning solo disco queen and 80’s ballad icon. “You Can’t Hurry Love,” “Love Hangover,” Why Do Fools Fall in Love,” and “Touch Me in the Morning” all make Diamond Diana: The Legacy Collection a perfect addition to any collection.

A noteworthy track in this particular compilation? The closing track, a remix of the signature “Ain’t No Mountain High Enough” by producer Eric Kupper, which is a sped-up dance club version for the today’s modern dance scene.

Can’t get enough of Ms. Ross? Watch her at the AMAs, where she performs a medley of her classics, a performance that proves that she’s as vivacious as ever.

Talia Wooldridge is an avid music lover, composer and ethnomusicologist who contributes artist interviews, live concerts, festivals and album reviews for Spill Magazine. She has written extensively on the intersection of music, personal identity and cultural symbolism with an early focus on Latin American Hip Hop and female Cuban rappers. In her spare time, Talia writes, composes music and manages Music Can Heal, a non-profit that brings live, award-winning musicians to inspire healing in hospitals, hospices and communities in need. Her next project is an interactive music-travelogue exploring music cultures and music travel around the globe. Follow her here: www.taliawooldridge.com + www.movetoyourownbeat.com.
RELATED ARTICLES
album reviews
9.0