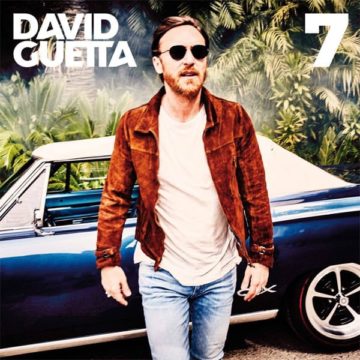 Upon first listen, being unfamiliar with previous work, I was under the impression that the artist of recently released 7 was a sweet, soft voiced female. However, Guetta is very much male, as is Jack Back who pipes up half way through the album to continue the sampling of old classics by such artists as Little Richard and more shockingly in “Time to Say Goodbye” – adding some vocal effects and a style of music that is more speak than sing. Best known for his 2011 single “Titanium”, record producer Guetta duets with artists such as Justin Bieber and Sia on his latest release, 7, a typically ‘modern’ sounding album that would suit the clubbing and festival scene of these contemporary times. A highlight of the album is “Para que te quedes (feat. J Balvin)”. Overall, the album 7 is an exploration of Guetta’s talents, from record producer to French DJ and singer and as his seventh album (hence the name) I don’t think he’ll be slipping away from the music scene anytime soon.

From London to Liverpool and back again, Lynda-Louise has gained a masters degree in The Beatles and managed bands and events throughout London and England. An avid gig goer and Sir Rod Stewart fanatic, this budding journalist enjoys music of all genres but especially that of the 1950's and '60s.
RELATED ARTICLES
album reviewalbum reviews
8.0