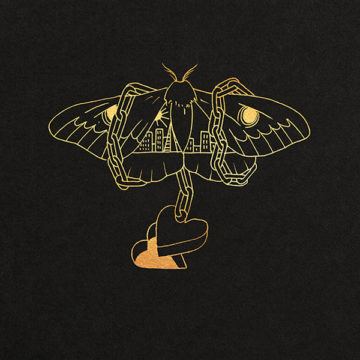 Over his 25-year career that includes 11 albums, David Gray has been incredibly successful, and has achieved three #1 U.K. records, been nominated for multiple Grammy Awards, and sold millions of discs, including the multi-platinum seller, White Ladder, which included the worldwide smash hit single “Babylon.”

However, Gold In A Brass Age, is not to be confused with his past efforts, and is definitely an experimental record for Gray, that explores various electronic textures and soundscapes over the course of the 11 cuts. It should be said, that although to his artistic credit he pushes his songwriting skills into unfamiliar terrain, he’s not always successful in his execution.

The title cut for example sounds like a homemade demo, until it kicks in around the halfway mark, and one of the cuts “Hurricane Season” is frankly a real snorer that only the most ardent Gray fan could sit through, clocking in at a mind-numbing 5:35. However there are tracks worth checking out including the interesting sounding Hall Of Mirrors, the tight percussive groove and melody of the latest single “A Tight Ship”, and the opening cut on the album, “The Sapling”.

Gray begins a run of live headline shows promoting Gold In A Brass Age in the U.K. in mid-March, and kicks off the North American leg of the tour in May, with Canadian stops scheduled for Toronto on June 4 (Sony Centre), and Vancouver June 21 (The Centre For The Performing Arts).

Gerry Young is President of Current Records and Management, and author of the 2011 biography Pop Goes The Weasel: Rock And Roll Off The Record, available at Indigo/Chapters, Barnes & Noble, and Amazon.com. He has recorded and managed Juno Award winning bands Martha And The Muffins and The Parachute Club among others.
RELATED ARTICLES
album reviewalbum reviewsawal recordings
7.0