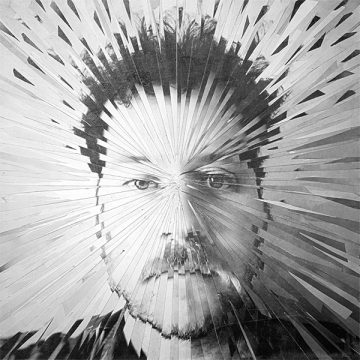 Dave Allen has released When the Demons Come, a stone cold brilliant album that absolutely should not become a tiny footnote of, in this case, Canada and Toronto’s (and even broader) music history. From “Plainview”, the opening track, to the closing title song, Allen comes up with impeccable melodies and musicianship, which primarily flows from himself, but he is also accompanied by his fellow Stonetrotter band members and pedal steel great Aaron Goldstein.

What is even more impressive is Allen’s way of changing his vocal tone from a Richard Manuel-like voice on “Celebrate You”, to a Jesse Winchester tone of “The Silence of a Flame”, to a magical Harry Nilsson like-voice on “Outerspace (I’ll Be your Holiday)”, all some of my personal favourite songs on the album.

Oh, and Allen’s lyrics. Many have travelled the road of sorrow, loss and questioning their personal beliefs, and have explored this through their artistry. Quite often it works, but often, after listening, you feel as though the artist has left a cold stone on your chest, which you have trouble getting off. But not Allen. Through his great music, Allen is able to make his point, but you get the feeling that he has put those cold stones back into his guitar case and has taken them away with him.

“Mama can’t you see, won’t you come and rescue me / I ain’t going where the clouds are, I’m falling deep beneath. / swimming with the coral, bleeding blood for sharks to feed / mama I ain’t ready to be a man, I’m drowning in my sheets with ease / take me to the place where the dark captain sails so I can be in peace.” (From “Plainview”). Heavy stuff, but you take it in with the music, and digest it slowly at your own pace. With When the Demons Come, Dave Allen is able to come up with a full musical package that should not end in the category “do you remember…”

Formerly a lot of things, including a journalist and a translator, currently a freelance writer living in The Netherlands.
RELATED ARTICLES
album reviewsdave allen
8.0