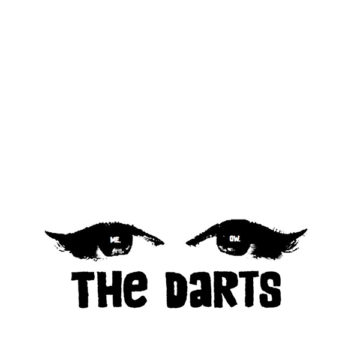 The Darts return with their debut solo album, Me.Ow. They have previously released two ten inch EPs and those two EPs were issued as an album (The Darts, 2017). But Me.Ow. is their first full length album that they recorded as an album.

The Darts are a four piece band, made up of members from other bands. Christina Nunez (bass/vocals played in The Love Me Nots and Casual Encounters) and Nicole Laurenne (vocals/organ also comes from The Love Me Nots), Rikki Styxx (drums played with The Two Tens and The Dollyrots) and Michelle Balderrama (guitar/vocals was a member of Brainspoon). They formed the band last year and during that time they have progressed into a tight four piece rocking band.

This album is exactly what one would expect from The Darts. Gritty rock and roll, boarding on surf punk at times, and at other times just straight ahead rock. There were moments that reminded me of The Runaways, not a bad comparison, and a band that is a definite influence on The Darts.

The Darts know how to play and they are a tight rocking unit. No one person tries to be the star at the others expense, this results in a unified sound.

The band has tried and succeeded to capture their live sound on record. Not an easy task, but they manage to do it. Bob Hoag has done an excellent job recording and mixing the band on this release. The last track off the album, “Batteries” was recorded in a record booth in Nashville. Not the first time this has been done (Neil Young recorded an entire album with Jack White, A Letter Home in 2014) but the band uses this technology well and it adds a grittiness to the song and a nice way to end the album.

This is a ‘take no prisoners’ type of album. From the opening note, Me.Ow. is relentless with an assault on your aural senses. But this is a good thing. Although not ‘punk’ it certainly took me back to my youth and any album that has the power to make you feel young is alright by me.

Born and raised in Whitby, Aaron discovered music through his love of The Beatles. This led to a career in radio, writing for various publications, and ultimately a radio show about The Beatles (Beatles Universe), which ran for over four years. When not immersed in music, Aaron enjoys spending time with the loves of his life -- his wife Andrea, and daughters Emily and Linda (all of whom have an intense love of music too).
RELATED ARTICLES
album reviewsdirty water recordsme.ow
9.0