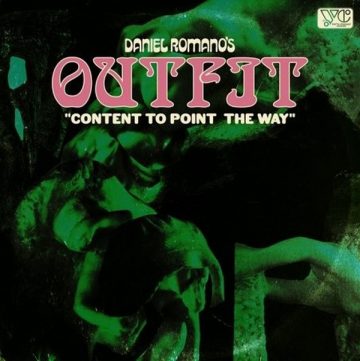 Content To Point The Way is Daniel Romano’s third full-length album release since the end of March. Prolific does not even begin to describe him. Even more impressive, each album is distinct and different from the other.  Amazingly, the album was recorded by each musician separately as the band is practicing social distancing), with producer Meehan bringing it together so they sound as if they recorded it live off the floor. The whole album was recorded in one week and mixed very quickly. The speed is not reflected in the quality. This album sounds amazing.

For those who were pining for Romano to return to his country roots, this is the album for you. But this is not a step backwards, no, this is Romano stepping firmly into the future as he continues to progress and grow as an artist. This album may be country but it is Romano’s vision of it which he has developed since his earlier albums. The album is instantly accessible and instantly memorable.

Some of the songs date as far back as 2015, including “I’m So Lost Without You”, “They Haven’t Got A Word For That Yet”, “Little Shirly Melrose”, and “You’d Think, I’d Think”. These songs may be familiar to anyone who managed to see Romano live during these years. They have never been recorded and are astounding songs that needed to be committed to tape.

The album ranges from traditional hurting country (“You’ve Always Been With Her”), to more standard country rock (“If Words Can Express It”), to traditional country instrumentals (“A Pig Is A Pig Jig”). The musicianship is top-notch and Aaron Goldstein’s pedal steel playing is perfect in the mix. Romano’s vocals are stirring and brilliant, as always, and Riolino’s harmonies are spot on. The two sound incredible together, perhaps this generation’s Ian and Sylvia Tyson. Even though they did not record in the same room, the band sounds incredibly tight.

Content To Point The Way is a great album. A strong contender for Album Of The Year and we are only going into April. I am hoping there is more to come.

Born and raised in Whitby, Aaron discovered music through his love of The Beatles. This led to a career in radio, writing for various publications, and ultimately a radio show about The Beatles (Beatles Universe), which ran for over four years. When not immersed in music, Aaron enjoys spending time with the loves of his life -- his wife Andrea, and daughters Emily and Linda (all of whom have an intense love of music too).
RELATED ARTICLES
album reviewalbum reviewsdaniel romano's outfit
6.0