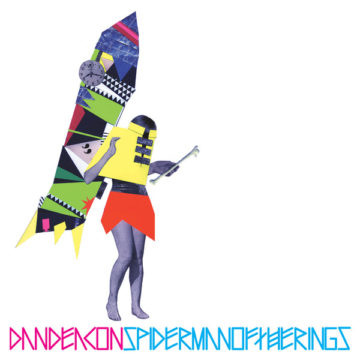 The best way to describe the music of 2007 is that emo rock was at its peak in popularity and sound, and hip-hop was as ever present as it is today. Dan Deacon’s Spiderman of the Rings stands out among these genres and perhaps because it was an influencer to the future. Bands like Passion Pit or Owl City could possibly draw influence from this work. This electronic album is buzzing with every type of synth and random sounds you can think of. Even talking is not out of the realm of musical capability. For example, the song, “World of Hair (The Ram Ones)” is just conversations that might sound like they’re from an alcoholic or a schizophrenic judging by what seems like events ruled by emotion over common sense. However, the rest of the songs on the 13 track album are fueled with buzzes, pops, pings, and some slivers of organic instruments like bass guitar, light drumming, and electronic organ.

A formula for Deacon’s songs seems to be that he begins with a couple sounds, usually quirky ones; like a rubber duck on “Bronst”, than begins a melody of buzzing synths. Then into a crescendo of all sounds that really come together for a great listening experience. “Snake Mistakes” is  a stand out on the record because it might be the only one that breaks out of the just “listening experience” music Deacon is a fan of creating. It’s also groovy with its bass lines and catchy group vocals. For most of his songs, when listening to the couple sounds in the beginning, they seem so random, but by the end of the song it all makes sense.

Vicki Mahony is taking her hobbies of concerts, photography, and ranting and putting them to good use! She is a live-music photographer and reviewer.
RELATED ARTICLES
album reviewscarpark recordsdan deacon
9.0