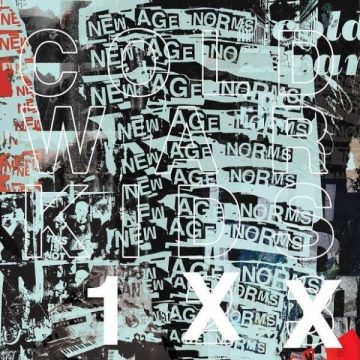 There might be something to that old superstition about the number seven being lucky, because the seventh album by Los Angeles-based band Cold War Kids, the first of a three album trilogy, certainly hits most of the right notes.

Produced by Lars Stalfors (St.Vincent, Foster The People), New Age Norms kicks off with the instant head-bopper “Complainer,” which has already as of this posting, reached the Top 20 at Alternative Rock Radio, and then follows that up with the upbeat raver “Fine, Fine, Fine.”

One of the strongest cuts on the album, “Waiting For Your Love” comes next, which brings to mind the best of the successful ‘70s R&B outfits, the Average White Band. Worth mentioning here is that the vocals on this track and others by lead singer Nathan Willett are outstanding, as are the performances of Matt Maust on bass, David Quon on guitar, Matthew Schwartz on keyboards and percussion, and Joe Plummer on drums.

Next up on the tracklist is the anthemic ballad “Beyond The Pale,” featuring Willett’s vocals and piano, followed by the spirited and catchy “Dirt In My Eyes.”

Next up is the brilliant R&B Beck-flavoured opus — and in my opinion the best track on the album — “4th Of July”, with Willette whimsically opining about California’s legendary dreamlike lifestyle on the opening lyric:

The album concludes with the anthemic “Calm Your Nerves,” and lastly, the dreamy “Tricky Devil,” which might be best listened to on some kind of  hallucinogenic.

Gerry Young is President of Current Records and Management, and author of the 2011 biography Pop Goes The Weasel: Rock And Roll Off The Record, available at Indigo/Chapters, Barnes & Noble, and Amazon.com. He has recorded and managed Juno Award winning bands Martha And The Muffins and The Parachute Club among others.
RELATED ARTICLES
album reviewalbum reviewsawal
8.0