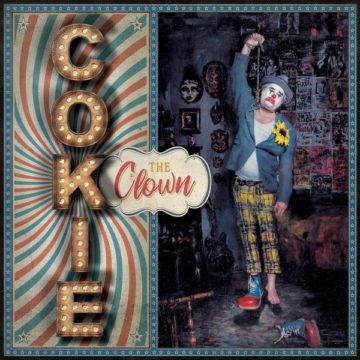 There was a time when it would have been impossible to believe that Fat Mike could make you cry.

“Fat Mike” Burkett, often-controversial frontman of longstanding punk band NOFX, has an outlet for some seriously dark subject matter. As his self-proclaimed alter-ego, Cokie the Clown, he has finally created You’re Welcome, an album that could very well break your heart.

The rather hopeful and familiar-sounding “Punk Rock Saved My Life” was released in advance of the album. In no way does it prepare the listener for the heartache of the other nine songs.

It would be hard to assume Burkett’s motivations for such an album, and one can hope that it may have been a therapeutic process. What it occasionally lacks in musical complexity, it makes up for in emotion and truth. Collaboration with other musicians elevates the album’s otherwise pared-down tone: French composer Baz, Blink-182 drummer Travis Barker, and Guns N’ Roses keyboardist Dizzy Reed.

Due to its extremely personal nature, You’re Welcome is an incredibly difficult album to attribute a rating to. It is a dizzying and brutally-honest baring of Burkett’s core – what exists under the crude jokes, earlier songs about bodily functions, and layers of clown makeup.