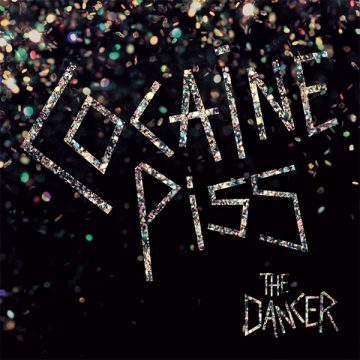 Punk/Noise band Cocaine Piss is exactly what you expect them to be. From Belgium and female-fronted, a thick Slavic accent screeches every song title in choppy repetition (with some lyrical variation, of course) for each track, averaged at around a minute and 30 seconds. The band name is vulgar and obscure, an accurate reflection of their debut album, The Dancer, which is to be released on September 30. The drop is coming close, kids.

Perhaps the band intended for its music to be enjoyed while in a true Punk atmosphere; loads of cocaine and piss on the floor. Discreetly listening on public transit while you give up your seat to that sweet, old lady doesn’t quite cut it. But don’t fret; Cocaine Piss will be touring Belgium, The Netherlands, the United Kingdom, Germany, and Switzerland in early 2017.

Support our riot girls and grab the album when the 30th rolls around. It will be a great and adequate substitute for that white noise vinyl you’re getting sick of; here’s your chance to make your silence filler as Punk as you. In the meantime, check out “Nostalgia” and join me in disappointment when you realize that she screams “when I was a kid” and not “when I was gay”.

Emily Fin is an illustration student at OCAD University in Toronto. She really digs the many sub-genres of punk music and dogs. You can scope out her artwork at romaniranch.tumblr.com.
RELATED ARTICLES
nostalgia