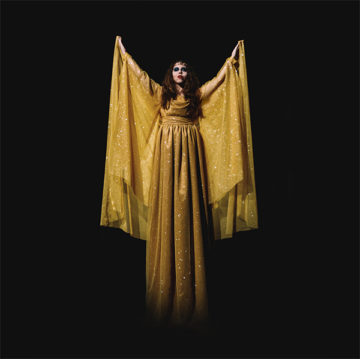 Claire Morales
All That Wanting
Independent

Listening to Claire Morales’s second LP, ​All That Wanting, ​I can’t help but feel like I’ve heard this before. Don’t get me wrong, Morales’s voice is, by definition, beautiful. “Sybille” and “New Star” croon and swell darkly with Cranberries-style nostalgia, but Morales is missing O’Riordan’s jagged delicacy, making the vocals fall flat. On her first album, Amarathine, she played to her folkier affinities, but she is now trying to dress her vocals in manufactured mystique. You can hear Morales trying to add a darkness to her voice that’s just not there.

Arriving at the inflated theatrics of “Diana II,” I begin to wonder whether Morales wants us to dream with her or shake her awake. She sings every word like it cuts her to the core, and the drama of it all grows stale within the first few songs. Each word trembles in her chest with the same affliction, so even though she is a strong lyricist, the vocals end up sounding like a desperate vibration, never holding back and giving us the chance to sit with a truly gut-punching phrase.

With the penultimate track “Wildest Dreams,” Morales finally gives a hint of a snarl—something genuinely frustrated and hurt that makes it the strongest track on the record. ​All That Wanting ​has its moments, such as “No Telling,” which is a strong single, but overall Morales seems to be fighting her instrumentals for attention, soaring over fuzzy guitars and rumbling percussion, asking the listener to pay them no mind.

Sam Harton is an over-caffeinated Jack White fanatic from the Georgia mountains. She spends her time boring her friends with stories from Bonnaroo, playing guitar in her band, Tiny Amp, and not drinking enough water.
RELATED ARTICLES
album reviewalbum reviews
9.0