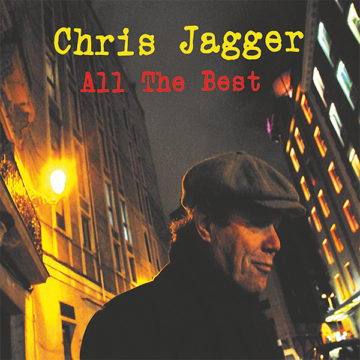 Chris Jagger
All The Best
BMG/Absolute

Chris Jagger is Mick Jagger’s younger brother, and like Paul McCartney’s younger brother, who used to go by Mike McGear, it cannot be easy trying to get out from under that shadow. Even with the support of their older siblings, such artists are continually compared to their brother.

This is a shame, because Chris Jagger has been making some brilliant music since 1973. Since then he has issued a number of albums that are solid, blues influenced albums, full of great songs. He has also worked with some incredible producers and musicians — David Gilmour, Ian Stewart, Glynn Johns, Bobby Keyes, Carla Olson to name just a few. Jagger is also quite an accomplished musician and writer as well.

All The Best is an anthology, with a couple of new songs, to introduce new fans to close to his 45 years of music, and a catalogue of over 100 songs. The CD also comes with a DVD, I Got The Blues in Austin.

The album demonstrates Jaggers’ versatility. “Wintertime Blues” is classic New Orleans style blues, with some fantastic piano playing from Jagger. His vocals are just gritty enough, and the song sounds like it has been around for 100 years. It is a great example of his knowledge of this music. He is not copying a style, but rather contributing to a genre.

In other areas, Jagger writes witty, smart lyrics set to a solid pop rock style. Take for example these lines from “It’s Amazing (What People Throw Away)” — “They say experts can analyse a man, by searching through his garbage can. If he’s a Rolling Stones or Beatles fan, That’s the game.” Funny, and a little creepy at the same time.

Then check into his take on solid Cajun music with “Channel Fever”. The album keeps the listener guessing and entertained throughout. That is one of the brilliant things about Jagger,  his ability to easily move throughout the music world. He also has an ability to make all the music fit together. It is not jarring, it just flows from one song to the next and it all connects and makes sense. And keep in mind, this is an anthology album.

There are new songs on the album, one, “Avalon Girls”, features big brother Mick on vocals. They have recorded together on each other’s records, so this is nothing new, but it is always a treat to hear siblings together. “Avalon Girls” is a highlight of the album, not because Mick sings on it, but because it shows that after all these years, Chris Jagger can still write solid music. In fact, he gets better with age.

The time is right to give Chris Jagger his due. All The Best will introduce new fans to his world of music and hopefully have you go back into his catalogue and discover some stunning albums, such as The Adventures of Valentine Vox The Ventriloquist, Rock The Zydeco, or Atcha!. Older fans will appreciate having some — and I stress the word some — of his best songs collected in one package. He is also touring and I am hoping it brings him to Toronto.

Born and raised in Whitby, Aaron discovered music through his love of The Beatles. This led to a career in radio, writing for various publications, and ultimately a radio show about The Beatles (Beatles Universe), which ran for over four years. When not immersed in music, Aaron enjoys spending time with the loves of his life -- his wife Andrea, and daughters Emily and Linda (all of whom have an intense love of music too).
RELATED ARTICLES
absolutealbum reviewsall the best

SPILL FEATURE: YOU KNOW THE NAME, BUT NOT THE FACE – A CONVERSATION WITH CHRIS JAGGER