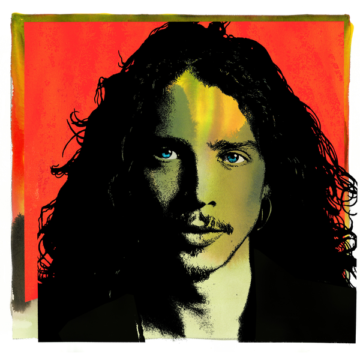 Few artists, if any, could successfully go from the unrelenting heaviness of “Jesus Christ Pose” to the warm gentleness of “Nearly Forgot My Broken Heart” with an equal amount of quality, integrity, and heart. It is such a juxtaposition which defines Chris Cornell’s work, one which took him through Soundgarden, Temple Of The Dog, Audioslave, and an ever changing solo career. Since his tragic and unexpected passing on May 18, 2017, the rock titan’s legacy has been closely examined and celebrated as one of a legend. Now, his first posthumous album, Chris Cornell, has been released in an attempt for his family, friends, and bandmates to continue the celebration. Carefully curated by his wife Vicky Cornell and Soundgarden guitarist Kim Thayil, Chris Cornell is available through a number of editions, ranging from a simple 17-track greatest hits CD to a massive 64-track box set retrospective, which digs through all avenues of Cornell’s rich and diverse career.

Following the path of his career, Chris Cornell opens with a handful of early Soundgarden tracks, starting with “Hunted Down” and goes on to include fan favourites from this period, including “Flower”, “Hands All Over”, “All Your Lies”, and “Loud Love”. Their early, grungy material – a period that is equally influenced by ‘70s and ‘80s punk as it is by classic rock icons of the likes of Led Zeppelin and Black Sabbath – is then interrupted by “Say Hello 2 Heaven” and “Hunger Strike” from Cornell’s side project, Temple Of The Dog, which paid tribute to Andy Wood and would bring Pearl Jam to the forefront. This leads into Soundgarden’s golden era of hits from Superunknown and a fairly underrepresented Down On The Upside, with “Seasons” – Cornell’s first ever solo track released as a part of the Cameron Crowe directed Singles soundtrack – playing as an interlude. As we phase into his first solo record, Euphoria Mourning (“Sunshower”, “Sweet Euphoria”, and “Can’t Change Me”) Chris Cornell has given a rich sample of Cornell’s early career, from ’88 to ’99 which already showcases some of his most varying material.

The box set continues to roll into the 2000s with six tracks from all three Audioslave albums before once again diving into his solo work from 2007’s Carry On and 2009’s Scream. As the album progresses, it goes on to include a number of collaborations – including work with Slash and Santana – a number of live acoustic tracks from his Songbook Tour, work from Soundgarden’s reunion album, King Animal and their massive B-Side retrospective box set,  Echo of Miles: Scattered Tracks Across the Path (2014) – I would have chosen “Kristy” over “Storm”; however it is still a welcomed addition – songs from Higher Truth, and rarities from his contributions to various soundtracks, ranging from his acclaimed “The Keeper”,  “Misery Chain” (featuring Joy Williams), and most recently, “The Promise”, among lesser known tracks. Again, the musicianship and songwriting across his latter career is exceptional as he challenged all expectations and took incredibly daring risks to fuel his creative desires and ultimately took him through a series of unforeseeable musical directions.

The final section of Chris Cornell consists of largely live and unreleased material. The first, and only studio track, from this portion is the lead single, “When Bad Does Good”, a brilliant and stirring track which is largely based in gospel music while growing from a soft ballad with the use of rock elements. With the effective music video, staring his son, Christopher Cornell, the track makes for an excellent addition to Cornell’s discography showing a side of him which has previously shined through in smaller doses. While the four live Soundgarden tracks have been previously released – mostly on 2011’s Live On I-5 the collection goes on to include Audioslave’s “Show Me How To Live” from their historic open-air concert in Cuba, Temple Of The Dog’s “Reach Down” and “Stargazer”, a duet with  Yusuf/Cat Stevens on “Wild World”, as well as with his daughter, Toni Cornell, on Bob Marley’s “Redemption Song”, along with a wide range of his acoustic solo work, including impressive covers of The Beatles’ “A Day In The Life”, his Metallica/U2 mash-up of “One”, and his stunning cover of Prince’s “Nothing Compares 2 U”. This is, definitely, my favourite section as whether belting out the throaty vocals of “Show Me How To Live” or “Jesus Christ Pose” or serenading the audience with the sweet soul of “All Night Thing”, Cornell was always a commanding force to be reckoned with on stage, and I feel Chris Cornell captures the essence of his performance.

Chris Cornell was a songwriter, musician, and performer unlike anyone else. If the original intent behind Chris Cornell was to pay tribute to his eclectic career, then they certainly surpassed it. Leading up to the release, Thayil spoke of how he wanted to showcase Cornell’s “versatility” as an artist, which was central for him when selecting which songs would make the cut. I’ve said it for years, but few artists have enjoyed such a diverse career which was always overflowing with an abundant sense of artistry. Should you have been a fan since the very beginning of each winding turn, then Chris Cornell will act as a needless reminder to the overarching masterpiece that was Cornell’s musical career.

A passion for music has always been a part of Gerrod’s life. As a young boy, he was raised on a steady diet of the music from The Chili Peppers, Aerosmith, The Stones, Prince, and others from his mum. Raised in the GTA, Gerrod continued to foster his love for music by attending a wide range of concerts and learning the drums. His unapologetic passion for music has no bounds and has spread to a wide variety of styles, whether it be the 90’s rock that sound tracked his teenage years, the jazz he studied in university, or his newfound love for hip-hop. He recently received his bachelors in music and education from York University and is passionate about writing and reviewing good (and less than good) music. Gerrod is also the drummer and songwriter for a Toronto based rock & roll band, One In The Chamber.
RELATED ARTICLES
album reviewalbum reviewschris cornell
10