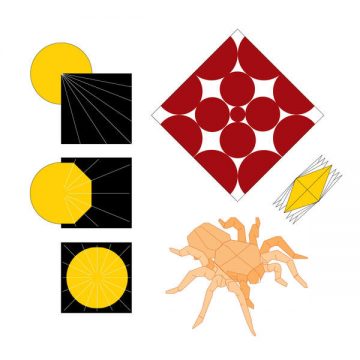 Although trends in popular music would suggest guitar Rock has been through a bit of a latent period in the past few years, labels like Toronto’s Buzz Records have been quietly building all-star teams of fun, weird Rock bands. With bands like Dilly Dally, Greys, Weaves, and now Casper Skulls on its roster, Buzz has been sweeping up the ashes of a Fender Jazzmaster effigy burned to the soundtrack of Puddle Of Mudd’s “She Hates Me” since the early 2010s.

Though Casper Skulls merits comparisons to Sonic Youth and Pavement as well as contemporary Indie staples like Parquet Courts, they don’t necessarily sit comfortably enough in any of those comparisons to be trivialized as 2016’s answer to the halcyon days of MTV.

What’s instantly palpable about Lips & Skull is the fragility and patience with which the songs were handled, no doubt the product of a little help from Greys’ Shehzaad Jiwani, who nabbed a production credit. From opener “Devotion” through “Caught On A Wire,” the four-piece shouts, wails, and whispers in equal measure. You get the impression the band has lived through a couple decades worth of playing in Garage, Hardcore, and Classic Rock bands enough to trim the fat and take what’s necessary from each genre.

There’s a great clip on YouTube of Kim Deal talking about the bass line to “Where Is My Mind,” its effectiveness, and, most notably, its lack of posturing. This same restraint is evident in Casper Skulls’ rhythm section. On “Devotion,” bassist Fraser McClean and drummer Chris Anthony are presented with several opportunities to pepper in gaudy fills and don’t take the bait, making for a militant, pulsing track.

On the excellent “Errands,” guitarist/vocalist Neil Bednis’ speak-sing is rhythmically duct-taped to his guitar. Bednis’ caustic sense of humour illustrates the story of a person being given the task of running errands for a deceased (and estranged) family member. Lines like “Hope I’m in your will/ Who’s a guy gotta kill?” keep the terminal tone of the song in check.

The band is rounded out by vocalist/guitarist Melanie St-Pierre. St-Pierre’s voice proves to be their strongest asset, both on her own on roaring earworms like “Love Brain” as well as when paired with Bednis’ soft baritone on the melancholy “Lips & Skull.”

Buzz is on a hot streak of picking up great guitar Rock bands in a musical landscape largely populated by synthesizers and millennial whoops, and what’s offered on Lips & Skull proves Casper Skulls is no exception.

Marko Woloshyn is a Mississauga-based writer and musician. He owns a limited edition repressing of Mclusky Do Dallas and one time at a concert a drunk woman told him he looked like Keira Knightley.
RELATED ARTICLES
album reviewsbuzz recordscasper skulls
8.0