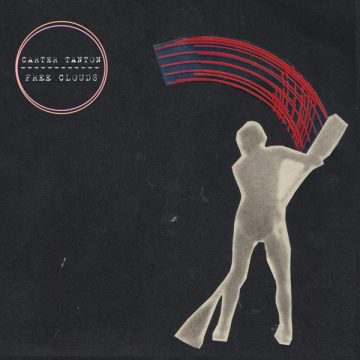 As an alumnus of the defunct lo-fi outfit Tulsa, and a collaborator with gothic songstress Marissa Nadler and with the Lower Dens, Carter Tanton is certainly no musical slouch. That being said, his latest work, Freeclouds, is his first solo release in over half a decade, dovetailing his 2005 album, Birds and Rain and the 2007 album I was Submerged by his former band Tulsa, who split in 2009, after legal/label issues forced them apart.

Though Freeclouds has been accused of being inconsistent, and fairly so, it somehow manages to stick together in an earnest Alt-Country infused, Indie-pop patchwork. Tanton’s voice is really what holds it all together with a strong yet delicate fabric that channels the late bluegrass great, Gram Parsons.

The tracks skip around from jangly, Pop-y numbers, as in “Murderous Joy” and “Horrorscope,” to slower jams that inspire shoegazing, like “Saturday” and “In Knots,” which has a slight Electronic flavor and a depressive bent. Somewhere in between these extremes is the track “Fake Pretend” which features fuzzy guitars and the willowy voice of Tanton’s musical colleague, Nadler.

A few tracks (and the the album’s title itself) drop reference to David Bowie’s song “Wild Eyed Boy from Freecloud.” Tanton has confessed that this reference is in part due to his own search for the ‘wild eyed boy’ within himself. Soul searching is never easy, and this album isn’t either, but it is well worth the repeated listens that it takes to go on this journey with him.

Native Quebecer and freelance writer Andrea Paré first began using music as a drug in her teen years to escape the drab experience of growing up in the suburbs. Now as a full grown adult and living in Toronto, she has a healthier addiction to discovering new musical artists and watching as much live and local music in her adopted city as she can.
RELATED ARTICLES
album reviews
10