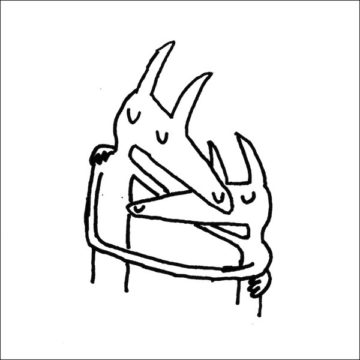 There is a debate that could be had, with Twin Fantasy the fulcrum upon which both sides balance, as to whether Will Toledo is more emotionally tortured or musically gifted. Originally recorded in 2011 when Toledo was only 17, Twin Fantasy explores the entire range of adolescent struggle, both the general and that which was specific to Toledo himself as he struggled to make sense of the relationship that he found himself falling into and out of. There is also a vulnerability here that was absent from 2016’s major-label debut Teens of Denial (my pick for album of the year), and it is precisely that vulnerability that draws the listener in.

That vulnerability reveals itself most clearly as the album progresses, with Toledo’s lyrics shifting from optimism that romantic love is a possibility, to sexual desire and lust, before eventually succumbing to the defeated acceptance of loss that characterizes so much of his writing. In part, it is his own over-analysis and hyper-focus on the relationship that seems to lead to its demise, and the honest ways in which he approaches both his own faults and those of relationships in general is painfully beautiful. It feels easy to recall your own adolescent losses, but without any of the cliché or melodrama that so often accompanies such reminiscence.

There are standout songs and moments throughout the album, but there seems to be a shift in quality that takes place after the fourth track “Sober to Death” (the album’s only weak song), as the possibility of “Nervous Young Inhumans” transitions to the energy of “Bodys,” the desire of “Cute Thing,” and the eventual demise of Toledo’s relationship explored in heart-breaking clarity (both lyrically and tonally) over the final three tracks.

Musically, this album features everything there is to love about Car Seat Headrest — distorted guitars, doubled vocals, a pounding rhythm section, and guitar-centred dynamic shifts aplenty. The DIY, garage-rock feel is as present as ever, and even though there is a lot of fresh, studio-inspired air being breathed into these songs, they still feel as grounded, vital, and authentic as ever.

As per the band’s particular style, few of these songs are fully or traditionally song-shaped, which to many is part of the band’s appeal, but the results here are less impressive and sometimes more distracting for the listener. Several songs that are otherwise exceptional drift off towards their conclusions into either repetition or disconnected whispers, audio recordings, or spoken-word lyrics. Again, this is clearly a creative decision that has become a staple of the band’s overall sound, but for whatever reason, it doesn’t work quite as well as it has in the past.

Car Seat Headrest is without a doubt a fantastically talented and emotive band that revolves around the no-shits-given honesty of Will Toledo’s lyrics and his ability to craft songs that explore the full range of human emotion and musical possibility. It may have seemed like a step backwards to follow up a major-label debut with a re-recording of a seven-year-old album, but at its worst this is a lateral move for the band, and at its best is a triumph. This is essential listening in 2018 from a band that has merely scratched the surface of their own capabilities.

Br. lives in southern Ontario, grew up on The Beatles and The Journeymen, spent his adolescence immersed in grunge, and his adulthood in British alternative. His greatest joy is seeing his son dance and grow into his own appreciation of the indescribable joy of music...
RELATED ARTICLES
album reviewscar seat headrestmatador records
8.0