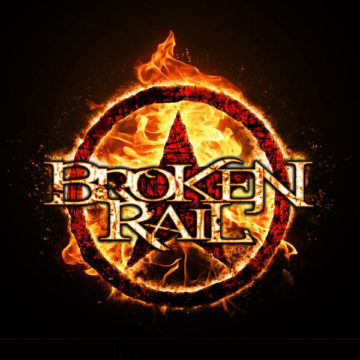 BrokenRail’s self-titled debut album is chock-full of elements that make up a good rock album, like hard riffs and catchy beats. It’s similar to the sound that a lot of bands were releasing in the late 90s and early 2000s, but would still fit in with a lot of the new material on the radio. While it does showcase the band’s talent, the album consists of only three tracks, which leaves the listener wanting more.

The Alabama band is made up of vocalist Blake Clawson, guitarist Dace Delacruz, bassist Dick Black, and drummer Alex Hilton. Their work has been featured on programs for ESPN and NBC Sports, and has been on the top of the charts for two MTV lists. At this rate, BrokenRail is well on the way to making themselves known.

All three songs feature some pretty heavy lyrics. There’s a theme of leaving the past in the past and understanding that things change over time. BrokenRail clearly puts emotion into their music, making it pretty easy to relate to. The song “Memory” is a great example of this. It’s heavy, gritty, and hits everyone who has left someone behind. The entirety of “Walk Again” is like falling down, but still picking yourself up after. It’s the cleanest sounding out of all the tracks, and the one most associated with BrokenRail because of it being the song that plays on their website. “Save Me” is a strong track; it is about keeping someone around, and then letting them go. The bridge in particular sticks out because of it’s chanting lyrics and simple guitar riff.

In general, despite how short BrokenRail’s EP is, it still packs an emotional punch to whomever listens to it. While a little rough around the edges, it does show what we can expect from BrokenRail, and builds anticipation for what’s next. Fans of hard rock, or anyone who likes a gritty garage sound, would be interested in BrokenRail.

Music and writing have always been a big part of Sabrina's life. She would "borrow" her dad's rock and metal CDs from his collection and listen to them while going through the art books. Although she doesn't write angsty poetry anymore, she does have a Bachelor's Degree in Journalism which she uses to pursue a creative career path. When she's not writing, Sabrina can be found juggling a coffee cup and DSLR or Instagramming her food.
RELATED ARTICLES
album reviewsmemorysave me
9.0