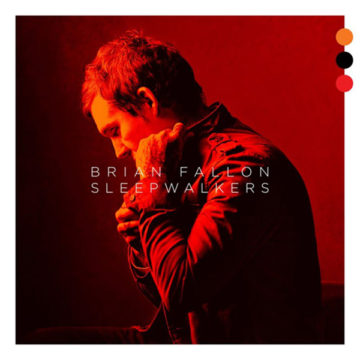 Most casual listeners think they have Brain Fallon figured out: Take Bruce Springsteen’s Jersey-based street poetry and crank the guitars and angst to 11. While most of Fallon’s work with his original band, The Gaslight Anthem, has Springsteen’s influence at the very core of its DNA, his solo career has veered very far from his Jersey rock roots. For 2015’s Painkillers Fallon looked to the rural United States, trading in the punk-rock street poetry for lovelorn folk and country. 2018 has seen Fallon’s gaze stretch even further, looking across the pond to everything British, from the Beatles all the way to Elvis Costello for his latest release Sleepwalkers. It is an album so drenched in British music history that it’d be unsurprising if the physical record shipped with a Union Jack on the cover.

As an album, Sleepwalkers is at its strongest when Fallon is unapologetically trying to capture the spirit of those early British rock bands. “Come Wander With Me” will most certainly take most long-time listeners off guard. An ’80s groove drenched in delayed guitars as Fallon channels his inner Joe Strummer behind the microphone. This single song might be the furthest Fallon has ever strayed from his days in The Gaslight Anthem, a welcome venture into new musical territory. “If Your Prayers Don’t Get to Heaven,” “Neptune,” and “My Name Is The Night (Colour Me Black)” all not only push Fallon’s music further across the Atlantic, they sound like he’s having a great time in the studio. He clearly has a very deep love of the British Invasion, and Fallon had a blast trying to put together a record that lived up to his heroes.

Old-school Gaslight Anthem fans who have always just been waiting for a sequel to The ’59 Sound might walk away disappointed, but honestly Sleepwalkers is the natural progression of the sound Fallon and co. created all those years ago. Brian Fallon has a real gift for taking a wide array of styles and influences and creating something new, while still holding a deep reverence for the past. He can take classic sounds and make them modern. Sleepwalkers is a surprising and engaging record, a great step forward from the folk rock of Painkillers, and we are seeing just how far Fallon is willing to take his music. There’s no telling where he’ll take his listeners next, but it is sure to be as just as fun a ride.

Photographer by choice, writer by necessity. Since moving to Toronto in 2011 Morgan has become an active member of Toronto’s music scene. On any given night he can be found at various venues with his camera in hand. There’s nothing he loves more than exploring all the venues this wonderful city has to offer, discovering new bands and genres along the way.
RELATED ARTICLES
album reviewsbrian fallonforget me not
6.0