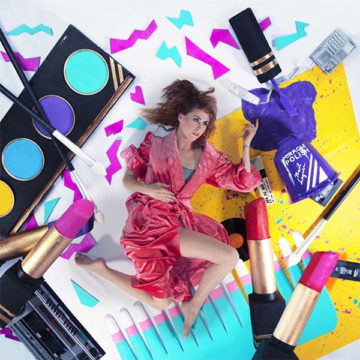 Young Toronto recording artist Bossie (Anne Douris) has release her debut album Not Pictured featuring a mix of catchy radio infused synth-pop tracks a-la Carly Rae Jepsen and Taylor Swift, with lyrics about confronting the demands of adulthood and coming of age in a digital world.

Produced by Mike Rocha (Bedouin Sound Clash, Ivana Santilli), the first single, “Meteor,” is a pop gem. Other key cuts include the dreamy synth pop of “As Good As It Gets” with both great verses and chorus, “Tell It All,” and the hook-ridden second single “Strawberry Moon.”

Less successful pop tracks within include “There Will Be Time” and “A Lot Like Love.” There’s also the self-examining “The Outsider,” with an anti-bullying lyrical message repeated over and over: “Will you do the right things/ Will you say the right things?”

Bossie premieres the new disc May 5th at The Baby G in Toronto, and is also appearing at Riverfest in Elora, Ont., that takes place this summer between August 17 and 19, with the likes of the aforementioned Carly Rae Jepsen, The Flaming Lips, Blue Rodeo and July Talk.

Gerry Young is President of Current Records and Management, and author of the 2011 biography Pop Goes The Weasel: Rock And Roll Off The Record, available at Indigo/Chapters, Barnes & Noble, and Amazon.com. He has recorded and managed Juno Award winning bands Martha And The Muffins and The Parachute Club among others.
RELATED ARTICLES
album reviewsanne dourisbossie
9.0