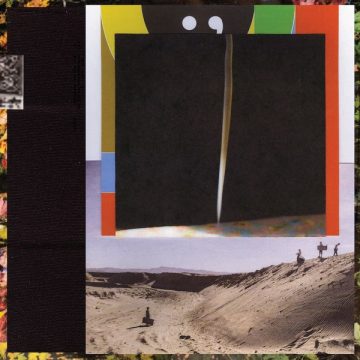 Justin Vernon is an artist. Having established himself as an indie-alternative legend, his influence in the music world stretches from Kanye West and Chance the Rapper to James Blake, The National and beyond. He has invented countless new ways to utilize sound and rhythm, pushing the boundaries of music while always maintaining a deeply emotional core.

Bon Iver has been Vernon’s primary music project since 2006 and the fourth Bon Iver album, i,i, is a thing of beauty. This album can be seen as the conclusion of their previous work, as seen in a video released by Bon Iver that compares the four albums to the four seasons. i,i draws from all of Vernon’s previous work, pairing the experimentalism of 22, A Million with the rawness of For Emma, Forever Ago and the ensemble arrangements that gave such power to the Grammy-award winning album Bon Iver. Musically, this album is a brilliant synthesis of Bon Iver’s previous work.

Lyrically, Bon Iver has always been more about the sentiment than about the lyrics. Many of Vernon’s previous songs have been cryptically poetic at best and woefully unintelligible at worst. However, rather than acting as a barrier, this often works in Vernon’s favour, allowing the melody and feeling of the songs to transcend words and directly convey emotion.

While many of the lyrics on i,i are similarly confusing at first glance, there are spots of lyrical clarity. “Faith” explores the complications of identity and, well, faith, both in a relational and spiritual sense. Meanwhile, songs like “Holyfields,” take a more political edge, challenging the status quo and touching on the destructive impact of climate change.

Throughout all of Bon Iver’s music, Vernon’s voice is the core. In this aspect, i,iis no different than any other Bon Iver album. Yet it is the culmination of all the various voices that Vernon has employed throughout his musical career that makes this album special. Listening to an artist grow is a beautiful thing.

Kieran Davey is a freelance writer and music enthusiast from Vancouver, Canada. He particularly enjoys alternative rock, groovy hip-hop, and basically any music from the 60's. Aside from reviewing music, he also loves playing guitar and spending time in nature.
RELATED ARTICLES
album reviewalbum reviewsbon iver
7.0