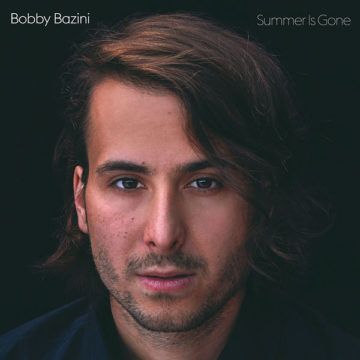 Quebec’s Bobby Bazini has been making a name for himself in Canada over the past few years, and on this album, his third, he’s set to take on the world. The good news is that this album is expertly played, nicely produced, very slick and well put together. The main problem is the sameness of the album. By the end of the album, most of the songs start to run together and are not all that distinct. However, when he steps out of his comfort zone, the songs are quite good, and clearly stand out. Songs such as “Leonard Cohen” (written and recorded prior to Cohen’s passing, and not a tribute per se, it is a song Cohen would have loved) and the title track “Summer is Gone” are brilliant, both lyrically and musically.

He has his own style of Soul and Pop, due in part to his unique vocal stylings, but it is not enough to sustain the entire album. Frankly, this album would have benefited with some editing and fewer songs.

That said, his music is very pleasing, and accessible; no doubt he is on the cusp of world-wide fame.

Born and raised in Whitby, Aaron discovered music through his love of The Beatles. This led to a career in radio, writing for various publications, and ultimately a radio show about The Beatles (Beatles Universe), which ran for over four years. When not immersed in music, Aaron enjoys spending time with the loves of his life -- his wife Andrea, and daughters Emily and Linda (all of whom have an intense love of music too).
RELATED ARTICLES
album reviewsbobby bazinileonard cohen
7.0