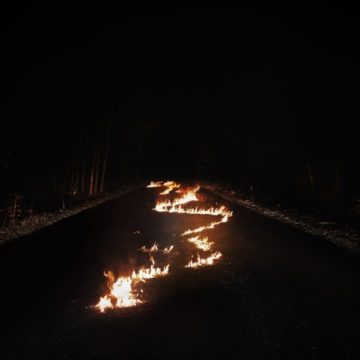 Almost three years ago to the day, Canadian electronic duo Bob Moses released their debut Days Gone By to great acclaim. Fusing together electronic beats and layering with hooky guitar licks and soft vocals, the duo showed a very obvious knack for writing catchy tunes that explored some of the shadowy elements of both themselves and their genre. With Battle Lines, there seems to be a move towards using the same formula to make even more radio-friendly, danceable tracks; the album title, musically at least, is then a bit misleading as many of the songs come off sounding particularly tame in comparison to past efforts.

Though instrumentally there is a constantly successful establishment of ambience and atmosphere in each and every song, many of the tracks make a shift towards safety in terms of vocal delivery and melody. Though those melodies are, as ever, catchy and even at times beautiful, there is still a feeling that on Battle Lines, Bob Moses have gone the route of putting first their desire to grow their fan base as opposed to make the music that seems to be their strength, that which explores mood with more depth. The most glaring example of this comes in the first half of the album, especially the fourth track “Eye for an Eye”, which really sounds like it could have been made by anyone. Towards the end of the album, the quality grows, especially from track seven, “Enough to Believe” onwards to the album’s finale “Fallen From Your Arms”.

Though many of the band’s hallmarks remain on Battle Lines, some of the urgency is lacking in favour of something more friendly to the ears of bigger audiences and broader markets. I cannot fault the band for wanting to stretch out, but the overall musical impact is less as a result, even if there is still a lot to like.

Br. lives in southern Ontario, grew up on The Beatles and The Journeymen, spent his adolescence immersed in grunge, and his adulthood in British alternative. His greatest joy is seeing his son dance and grow into his own appreciation of the indescribable joy of music...
RELATED ARTICLES
album reviewalbum reviewsbattle lines
6.0