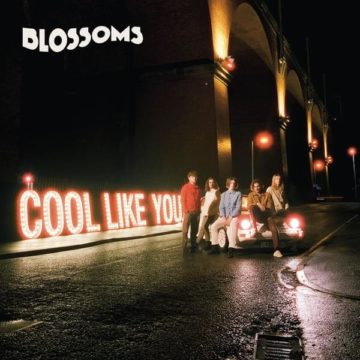 Remember the Brighton-based foursome The Kooks? They were literally the soundtrack to the summer of 2006 with several singles taken from their debut Inside In/Inside Out. The British public loved them seemingly as much as music critics and radio DJs – they were young, energetic, a bit cocky, and above all, British. Within a handful of years, the band had practically dropped off the musical map with more critics and fans reviling them than had originally adored them. Looking for a connection here? Blossoms are basically The Kooks, just 12 years later. They’re young, energetic, British…but with a less catchy sound, more derivative synths and just as much disposability as The Kooks.

It is apparent that, though guitars exist in some reality for them, Blossoms are not a “guitar-band” as they claimed back in 2016, but instead an 80’s obsessed synth-pop band. From the opening moments of Cool Like You it is apparent that the album is based on one concept – vocals and synths will lead the way with all other instrumentation, beyond the functionality of the drummer keeping time, effectively rendered impotent. Problem? The vocals are weak and the sound overall, no matter how loud the keys and synths are recorded, is both hollow and meaningless on any recognizable emotional level. Throw in all the standard “lad’s night out” and “heartbroken young man” lyrical tropes and you’ve got the perfect ingredient list for an utterly forgettable album.

Blossoms are currently riding at the top of the popularity wave, including supporting Noel Gallagher’s High-Flying Birds on tour recently as well as featuring on the lineup of many summer festivals but with such a vapid sound, you’d have to think that this is a band whose bubble will burst sooner than later. Or worse yet, maybe they will come to define the sound of summer 2018.

Br. lives in southern Ontario, grew up on The Beatles and The Journeymen, spent his adolescence immersed in grunge, and his adulthood in British alternative. His greatest joy is seeing his son dance and grow into his own appreciation of the indescribable joy of music...
RELATED ARTICLES
album reviewsblossomsemi
8.0

by Aaron Badgley on February 28, 2020
Caribou Suddenly Merge Records Suddenly is his fifth studio album by Caribou. Although he plays all of the instruments on his recordings, he uses a band when he tours, which allows him to not only [...]
8.0