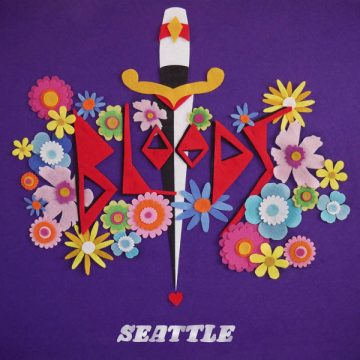 Pop punk trio Bloods pens a generous ode to the legendary city of grunge on new EP Seattle. Through six punchy songs, the band, that originally hails from Sydney, Australia, thanks the city that supported them so heavily.

“I Hate It”, a homage to movie Ten Things I Hate About You, bounces forcefully. “U & M E” yells loudly, but a dull snare beats the energy down to a grind. Instead, Seattle shines closer to home. With the band’s lineup change which introduced male backing vocals, “Waste Of Time” puts this addition to fun effect. Another highlight is “Girls Are Just Fucking Cool”, which calls out the invisibility of women by opening with the lines: “Well I had a baby and I’m not dead“.

As always, MC is at her lyrical best tying personal honesty with a hedonistic up beat. That being said, perhaps the legendary city is held in too high a regard in Seattle. Perhaps all the EP needed was already at home.

Michelle La is a freelance writer based in Melbourne, Australia. She is the Editor of Cat Brain Land, a music blog that loves new and alternative music from Asia and Australia.
RELATED ARTICLES
album reviewalbum reviewsSeattle
9.0