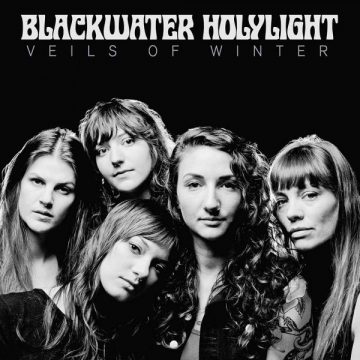 Veils of Winter is the band’s tenth album. From a technical standpoint the tracks on “Veils of Winter” are expertly mixed using every trick in the book to pump out consistently impressive music. There wasn’t a moment here that I felt like I was getting bored or distracted while listening to this album.

The third track, “Spiders”, really took me by surprise after listening to the previous songs. It was the most psychedelic song on the tracklist and like nothing I’ve heard before it. It was very nice to hear what felt like a breath of fresh air. Right after “Spiders” we are thrown back into a mix of heavy/hard hitting drums and guitars giving off a very dark mysterious vibe.

The album ends in spectacular fashion with “Moonlit”. If you are to remember anything about this album it’ll be this song and how it stands out from the rest, so much so that it feels as if you just finished a spectacular movie and you’re left sitting in a theater alone, watching the credits scroll by as you think about what you just saw with your arm hair sticking straight up.

As someone who has never heard about “Blackwater Holylight” until today, it is safe to say they have earned yet another fan.

The Spill Magazine is a Toronto-based online publication dedicated to covering the independent music scene with a strong focus on our thriving hometown talent. Our writers bring you up-to-date news, in-depth features on musicians and reviews for the latest CD releases. We also travel to the front lines for all local festivals including Canadian Music Week and North by Northeast. Don’t forget to check out our Facebook and Twitter pages for all daily Spill updates.
RELATED ARTICLES
album reviewalbum reviewsblackwater holylight
6.0