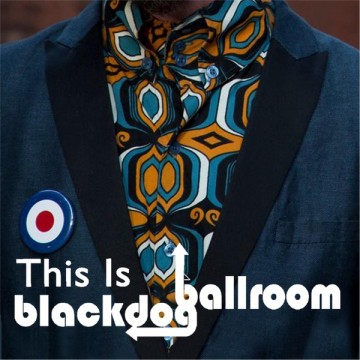 Some albums don’t translate well into live performance with its complex layered production effects. This isn’t what Richmond Hill quartet Michael Stanfield, Mat Powers, Rob DeSimone and Hayley Carro, a.k.a Blackdog Ballroom, wanted with their debut album. This is an album designed to capture their enthusiasm on stage from the Toronto club circuit. Having been nominated three times for “Best Live Band” at the Toronto Independent Music Awards, why not showcase their love of performing?

This Is Blackdog Ballroom opens with “Sounds Like Now,” containing a Dead Kennedy-like energy and whimsical driving sound. Although they declare being influenced by Brit-Pop bands such Oasis, Arctic Monkeys and The Jam, Blackdog Ballroom strive to make a sound of their own while demonstrating Stanfield’s songwriting prowess.

More Rock-driven as opposed to some of Blackdog Ballroom’s Bluesy earlier works, songs such as “Clearview” and “Bodhi Tree” demonstrate the band’s ability to infuse melody and a hard-hitting sound to make this album an easy and enjoyable listen.

Stanfield reveals that the name Blackdog Ballroom is an indication of the direction the band is heading musically, something for the pub, something with touches of elegance but always bottom-line….Rock ‘n’ Roll.

Have a beer and turn this one up loud.

An educator who also tries to introduce others to great music. It's a never ending job.
RELATED ARTICLES
album reviewsblackdog ballroomdown the spinney
8.0