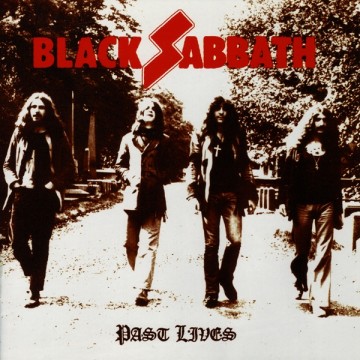 With the end of Black Sabbath’s career rapidly approaching, the band strategically reissued some of their best albums including the long-out-of-print Past Lives, now released with a digitally remastered treatment. These tracks have never sounded more crisp and alive. The amazing live performances were taken from concerts at Manchester’s Hard Rock, London’s Rainbow Theatre, New Jersey’s Asbury Park Convention Hall and Paris’ Olympia Theatre between 1970 and 1975. The songs are clearly some of the best live performances the band played during that period with Ozzy Osbourne, Tony Iommi, Geezer Butler and Bill Ward. Black Sabbath is certainly in top form during these shows while crazed fans scream their faces off before, during, and after each song. The version of “Killing Yourself to Live” is simply incredible and stands out as one of the best of the lot with screeching guitars, raw power and pure electrifying energy. During “Wicked World” Tony Iommi pulls off the most improbable and seemingly impossible jazz guitar solo I’ve ever heard in metal. It truly sounds like you’re at a jazz concert for five minutes and the playing would stand up against any jazz great hands down.

This mammoth 18-song live album will set you straight for all of your early Sabbath cravings; the band rips through badass crowd pleasers such as “Sweet Leaf,” “War Pigs,” “Iron Man,” “N.I.B.” and “Black Sabbath.” The haunting version of “Black Sabbath” is likely the best offering of the album, it is simply mesmerizing and sounds better than the album’s version with much more doom, gloom and wicked live ambiance. The grand finale of “Fairies Wear Boots” is the perfect closer to this epic live double disc.

Aside from Ozzy slipping slightly out of key from time to time, those parts are easily pardoned by the overall package; Past Lives is an electrifying and outstanding re-release that is available as a two-CD or two-LP set. There is no question that the two-LP set will make it into my Sabbath vinyl collection ASAP!

Andre has been writing for The Spill Magazine for over 12 years, dating back to the print days. His passion for music goes far beyond writing reviews for new music and live concerts, he is also an active musician and producer on the Canadian music scene. Having toured North America and Europe with various acts, he is no stranger to dedication and work ethic new bands must endure to make the grade in today's market; Andre always delivers perspective writing that is authentic and to the point. Mr. Skinner typically covers indie rock, grass roots, electronica and is our resident hard rock and heavy metal specialist. He is extremely selective on what bands he covers for articles and you can rest assured they are ALWAYS band to watch with something left of centre to offer.
RELATED ARTICLES
album reviewsblack sabbathwarner music canada
10