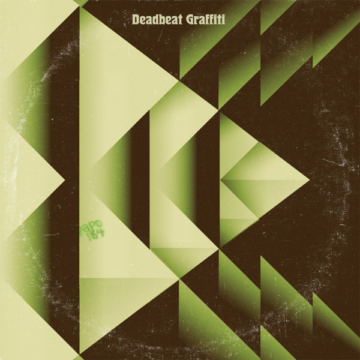 Down and dirty, lethargic and healing, Black Pistol Fire’s newest album Deadbeat Graffiti can easily go head to head with the best albums of 2017.  The twelve tracks on this album are intoxicating, bluesy and rhythmic.  With every track as solid as the next, this no-filler album is the one you’ve been waiting for.

Another two-piece band in what seems like a sea of them, this originally Canadian duo living in Austin, Texas combine pure musical ability and a whole lot of soul to distinguish themselves. If you listen to one new band this year, this should be the one.

Right out of the gate, track one “Lost Cause” combines 60s surf rock with bluesy chords, quick and tight drum beats and punched up vocals.  It grabs your attention immediately for its dark yet beachy melody. Each track on this record demonstrates the band’s ability to hold back when necessary before hitting your eardrums with the good stuff.

Back to back banger songs “Last Ride” and “Speak of the Devil” are a nice combination of contrast and similarities. “Last Ride” features a harp intro, soft and airy. From there, the song takes a turn for the groovy with a funky sounding guitar and lyrics about making it to Heaven before the devil knows your dead.

These lyrics are a clever bridge into the next track “Speak of the Devil”- a song that combines the bluesy tenacity of Gary Clark Jr with slow-burning guitar solos and beautifully simple drums.

“Watch it Burn” is the absolute peak of this album (which is saying a lot). For three minutes and twenty two seconds, this stripped down track will bring you to the brink of defeat and back again. Although the guitar sounds southern, there’s something inherently Canadian about it- whether that’s the references to nature in the lyrics or the folksy sadness is unclear.

Albums like this one don’t come around everyday.  The twelve tracks on Black Pistol Fire’s Deadbeat Graffiti will surprise and delight you like pop rocks for your brain.

Gabrielle Mueller is a lover of all things music, writing and charcuterie boards. Gabrielle has a particular passion for music of the 1960s and the hippie movement in Toronto’s Yorkville district. Gabrielle runs her own music website, The Hippie Historian, where she reviews concerts, interviews musicians and writes about music history that spans the ages.
RELATED ARTICLES
album reviewsblack pistol firedeadbeat graffiti
7.0