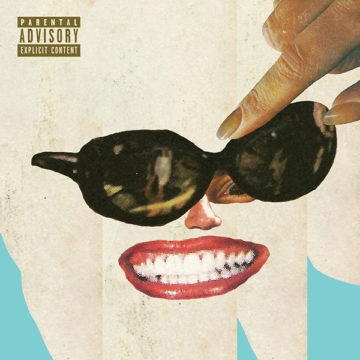 It has to be said, before anything else, that this is a fantastic record all the way through. From the moment the album kicked off with the titular song, I was already soaring away on melting synths with a sense of purpose.

With songs and titles whose inspiration from the general mood of the moment is hard to miss, psychedelic cosmonauts Black Moth Super Rainbow risked following countless established acts in recent years by trying to ‘make a statement’ of sorts (and, usually, failing miserably). Yet Panic Blooms doesn’t get itself stuck in the general noise of the moment. Instead, we find ourselves on a coherent musical journey of deep, soothing and soaring textures that hardly pushes one out of their comfort zone while still managing to leave a genuine impression throughout.

No song or moment in particular stands out the way the album as a whole does, which may also be its most obvious weakness (since there are so few). Black Moth Super Rainbow doesn’t blast you away with any individual moment that makes your jaw drop, but the quality of the record powers on to great heights anyway. The progression between and through songs carries you through their many headspaces to the point that it was hard to keep track of where I was. Both the production and progression of the album stand out from Black Moth Super Rainbow’s discography thus far and they do well to avoid too many self-indulgent tangents (though the ones they do afford are in good taste).

It’s probably the lack of those standout moments that keeps Panic Blooms from being a truly exceptional work of art. Even so, songs like ‘Bottomless Face’ and ‘Permanent Hole’ definitely do enough to merit individual recognition in all their face melting glory and there’s nothing resembling a filler on the track list. Everything feels like it’s there for a reason, especially with the help of your favourite intoxicants (whatever they may be). It’s not a masterpiece, but you probably won’t notice.

Based in Montreal but raised across Western Europe, Andrew feels at home both everywhere and nowhere. Having picked up the piano at age four, he has since gone on to add clarinet, saxophone and guitar to his musical arsenal. As well as crafting music, Andrew spends a lot of time listening both at home and in live contexts. Rather than focusing on a particular style or calibre of artist, he is keen to explore music of any shape or size. Outside music, Andrew's passions lie in philosophical writing, visual art and sharing positivity with the world around him.
RELATED ARTICLES
album reviewsrad cult
7.0