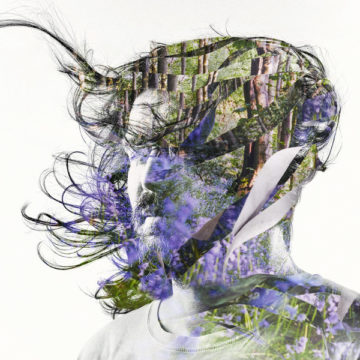 Few artists balance simplicity, experimentation and distinctiveness as well as Stephen Wilkinson, the man behind Bibio. Often relying on a handful of guitar licks to form the base of a short but sweet and dreamy composition, the complexity of what is thereby communicated hardly fails to impress relative to the often-basic structure through which it’s carried. Yet, when Wilkinson strays into layered ambient landscapes or beat heavy electronica, his works retain his unmistakable touch, maturity and depth.

Bibio’s previous release, Phantom Brickworks, was an embodiment thereof. Abandoning the sugary melodies and nostalgic vocal delivery for a minimalist instrumental album whose drawn-out, atmospheric soundscapes were a sharp, albeit unsurprising, shift from Wilkinson’s usual concision. While he had already shown off his mastery of the style in shorter tracks across his previous albums, this one felt more like an honest exploration than an exercise in pretension.

It seems fitting that from the pole of one musical direction, Bibio should shift his ambitions towards the other end of the spectrum on his newly released Ribbons. With a stylistic variety and an excellence of execution beyond even those heights reached on Ambivalence Avenue, belying the time and experience that Wilkinson has since gained, it feels as fully formed an album as has ever been released under the Bibio name.

Inspired by nostalgic fantasies of the natural world, Ribbons plunges into an open pool of imagination and emotion. From the subtle background samples of natural sounds to the fluid progression whose current carries you through the album, Wilkinson seems to have opened his heart in a way like never before. Tracks including ‘Watch The Flies’, ‘Pretty Ribbons And Lovely Flowers’ and ‘Frankincense And Coal’, among others, sit towards the peak of Wilkinson’s songwriting achievements.

With a maturity, delicateness, and sincerity that seem to have reached their greatest heights, the album sits relative to the rest of Bibio’s work in much the same way as Radiohead’s In Rainbows does within their catalogue. It must be stressed that this comparison is not intended to exaggerate Wilkinson’s achievement nor to suggest that this album is of such a calibre, it is a far humbler work than that. Rather, it’s to demonstrate the refinement and purity of self-expression that Wilkinson has achieved on ‘Ribbons’. It’s not for everyone and demands a certain mindset to be best appreciated, but it is harder to point to a better embodiment of Bibio than this album.

Based in Montreal but raised across Western Europe, Andrew feels at home both everywhere and nowhere. Having picked up the piano at age four, he has since gone on to add clarinet, saxophone and guitar to his musical arsenal. As well as crafting music, Andrew spends a lot of time listening both at home and in live contexts. Rather than focusing on a particular style or calibre of artist, he is keen to explore music of any shape or size. Outside music, Andrew's passions lie in philosophical writing, visual art and sharing positivity with the world around him.
RELATED ARTICLES
album reviewalbum reviewsbibio
8.0