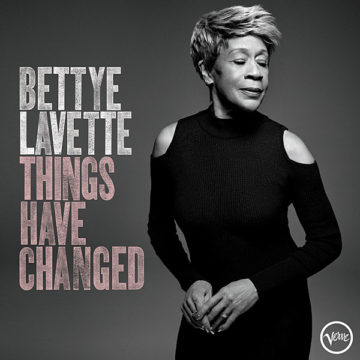 Take a moment to sit and think about the greatest songwriters of all time. Without a doubt, one man comes to mind for every single list: Bob Dylan. Dylan is so talented that he even won a Nobel Prize for Literature for his songs. That is how powerful his lyrics are. Now pair his incredible lyrics with one of the greatest soul singers of all time, and that’s what Thing Have Changed is. This record is a cover album in a technical sense, but they are all covers in the same way that Johnny Cash covered “Hurt” by Nine Inch Nails. Bettye LaVette takes the incredible words that were written by Dylan and transforms them into songs that are all her own.

LaVette is no stranger to covering Dylan songs and has said that his lyrics aren’t necessarily “pretty so much as they are extremely practical.” That makes it all the more impressive what LaVette does with these songs. LaVette takes the practical lyrics and transforms them into something beautiful.

Not only does Bettye LaVette’s gorgeous voice reinvent these songs, but the backing music is incredible. There is a jazzy feel that is common of anything from Verve, but there is a lead guitar player that brings a heavy blues influence as well. LaVette’s take on “Things Have Change” makes it an extremely catchy tune. The driving guitar riff that just builds up for the vocals to take over is only assisted by the acoustic guitar backing it. The drum beat and bass help contain the rhythm but give it a bluesy feel it deserved.

“Political World” is done with the help of Keith Richards, and his influence is definitely felt. Richards is known as rock guitar’s riff king, and that is just reinforced on this song. Couple Richards blues guitar riffs with the soulful voice of Bettye LaVette and the lyrics of Bob Dylan, and you just get something special. “Mama, You’ve Been on My Mind” is where LaVette really gets down and dirty with the vocals. This is easily the most emotional song on the album. LaVette seems to really dig into what the lyrics mean, and it almost makes the listener hurt with her. She adds so much sadness and understanding to the song. If the listener wasn’t thinking about the importance of their mother before listening to the song, they sure will afterward. There’s a certain power and sadness behind the words that really get down to the deepest part of the listener’s soul. The final time LaVette belts out the chorus and then you hear a little whimper, it cuts to your soul. The whole record has this feel behind it.

The only real sadness with the album is that none of it is original. Bob Dylan does such a good job with his songs that the album doesn’t necessarily feel needed. LaVette is such a talented singer that the record sits well for her discography.

The Spill Magazine is a Toronto-based online publication dedicated to covering the independent music scene with a strong focus on our thriving hometown talent. Our writers bring you up-to-date news, in-depth features on musicians and reviews for the latest CD releases. We also travel to the front lines for all local festivals including Canadian Music Week and North by Northeast. Don’t forget to check out our Facebook and Twitter pages for all daily Spill updates.
RELATED ARTICLES
album reviewsverve label group
10