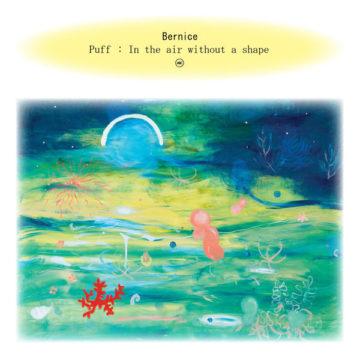 Bernice
Puff LP: In The Air Without A Shape
Arts & Crafts

Bernice’s latest album Puff LP: In The Air Without A Shape, shakes up all of Toronto’s current sound. This album is a minimalist follow up to Puff EP, produced by Grammy Award winner Shawn Everett. Listening to the album lends to piecing together an undiscovered mosaic – one in which bits and pieces are mixed and matched to create a beautiful masterpiece. The fusion of stylistic elements within the genres of pop, electronic, jazz, and R&B, create a soundscape for the listener that opens up a new point of interest each time.

Regardless of mood, the Puff LP will bring curiosity to the table. One song can contain waves of rhythmic and soulful vibes, when all of a sudden, a break in the song introduces a completely different feel that somehow fits perfectly. Bernice’s members and collaborators include multi-instrumentalist and collaborator Owen Pallett, Thom Gill (keyboard/sampler) as well as Colin Fisher (guitar), Daniel Fortin (bass), Philippe Melanson (drums), and Felicity Williams (supporting vocals). 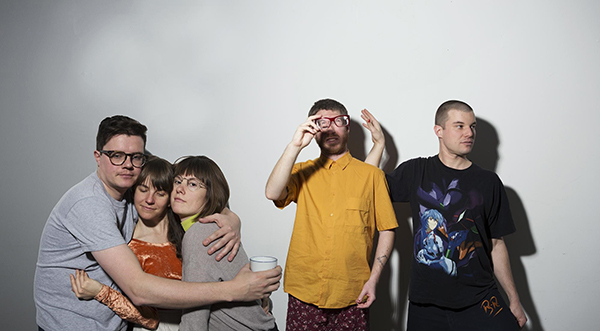 Beginning with the single, “Glue,” the 7-track album whisks you away and takes the listener on a sonic journey. The thoughtfully crafted lyrics engage the audience, as the form is not your typical one. The suddenness of breaks, shifts, pauses, and time changes keep things interesting and intriguing. Some of the tunes will sound familiar, such as “Passenger Plane” and “St. Lucia”, as they were previously released as singles to get the excitement going for the LP. An added element that helped make this album so solid and groovy was the fact that the band recorded at Breakglass Studios in Montreal – in a spacious and open concept that allowed each member to connect with each other while performing.

Some fun facts about Robin Dann (the main face of Bernice) is that she was born to a musical family, the daughter of a symphony harpist and the former Toronto Symphony Orchestra’s principal violist, and a graduate of Goldsmiths’ MA in Music. From Motormouth Media, “Dann’s background, formal training, and experimental sensibilities developed into Bernice’s sparse arrangements and pop-minded songwriting, often following curious and unexpected paths. All Bernice members are professional musicians from Toronto’s music community and members of Owen Pallett, DIANA, John Southworth, Bahamas, Martha Wainwright, The Barr Brothers, and many others.”

Puff LP: In The Air Without A Shape will be out on May 25th – feast your ears, this is not one to be missed!

Originally from Toronto, Giselle is exploring the worlds of entertainment and social change through a musician's lens. With a background in Environmental Studies and Music Business, she works to establish her own voice in the music scene.
RELATED ARTICLES
album reviewsarts & crafts
7.0