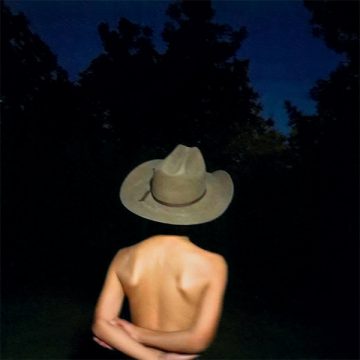 Initially, many music fans didn’t realize what kind of a gap was left when late great Sparklehorse, aka Mark Linkous, left us prematurely. These days that left-of-center nether space between roots, electronica, and a very personal musical vision is inhabited by bright, shiny imagination, the likes of Cowboy Junkies, Tim Rutilli and his Califone, and just a few others.

All lovers of that,, down in that space between dark and light, rejoice! Here comes Bennett Littlejohn, aka Bendrix Littleton, and his debut album Deep Dark South. Those a bit familiar with the literature will surely recognize that Littlejohn picked up his moniker from Graham Greene’s 1951 novel “The End Of The Affair”, and that can be quite a telling indicator where this Nashville-to-Texas author is both coming from and going to.

It is all hushed vocals, subdued, and at the same time sublime melodies, with instrumentation (all by Littlejohn except drums on one track) leaving that lingering space between notes, and presto–that void Mark Linkous left is not that empty anymore!

Just take a listen to the title track, and all will be told. A brilliant debut from an already fully-formed talent.

Formerly a lot of things, including a journalist and a translator, currently a freelance writer living in The Netherlands.
RELATED ARTICLES
album reviewalbum reviewsnna tapes
7.0