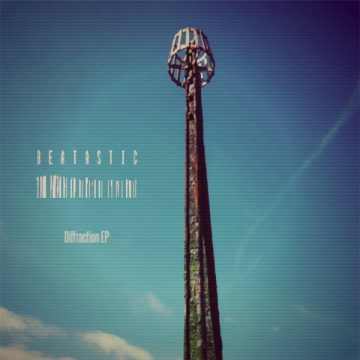 Beatastic describes themselves as a “shoegaze/indie/grunge/electronica/post punk band.” Based out of Brighton, the band is really a solo project by Nicolas Pierre Wardell. Diffraction is a new release under that name. Wardell is a busy guy. Besides this project, he has another band, XERESA, and he runs Shore Dive Records. Given his busy schedule, this EP does not sound forced or rushed. A great deal of care and attention to detail went into these songs.

Wardell sells himself short trying to label this music, as there is a lot going on in Diffraction.  Yes there are components of the genres listed above but there is also this overall flavour of psychedelic rock. He is a more melodic Julian Cope when Cope does his more electronic music. The songs are all dense and layered but also remarkably interesting. There is also a middle eastern vibe going on throughout.

Although there is a definite vibe throughout the EP, each song is as different as the one previous. Wardell takes you on a short trip through the four songs. Each song melts into the next and by the end you have gone from the chill “Cool In A Coma”, to the last track, “What My Secret Is”, which comes closest to ‘grunge’ but has a distinct 1980s vibe mixed in, to produce a unique and distinct groove. The other two songs, “Sky High” and “Time To Kill Time” are the stops in between but are necessary steps to an epic conclusion.

Wardell writes and plays very melodic, strong songs. Diffraction is a set of four such songs, full of energy, high production values. The downside is that it is just an EP. Were it an LP, Wardell could take Beatastic into other corners and connect the dots to make a strong, cohesive, and interesting album. Perhaps that is to come, but for now, this will have to do; a strong, four track EP.