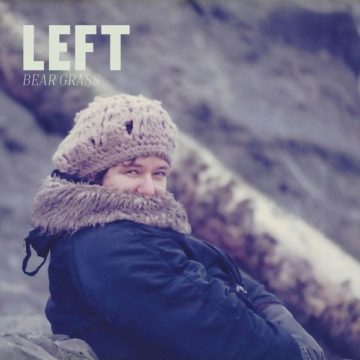 At its very centre, Bear Grass’s new album Left is some fairly standard singer/songwriter kind of stuff. That is not an insult, far from it.  The album boasts some amazing melodies and hooks throughout the ten-track album. The album is dedicated to singer Katie Hammon’s upbringing on the Pacific coast, and the longing of returning. Hammon also explained that the sophomore album is based around her grandmother’s death, as she states it spurred a lot of the songwriting.

The four-piece New York indie rock band have forged a charming, melodic sound that lifts you up and gracefully lets you fall.  The second track on the album “Unawake” offers a unique twist to the folk style song you’ll know and love, with some shoegaze twists and distortion all wrapped under Hammon’s fresh vocals. It’s an excellent track.

The latest single from the album, “Wash Over Me” evokes a lot of sentiment found throughout the album and is equally as striking as “Unawake”. “Wash Over Me” feels more polished and poppier than the other single, achieving this with dirtier guitars somehow. The song begins as an indie pop record, but falls apart and leaves us in a world of mess at the end with distorted aggressive guitars. It’s delightful.

The album is without doubt a journey which questions both time and place, playing with the emotions of building a new home whilst holding onto the past. I for one am glad that I gave this album a chance.

Don't be fooled by his baby-face, his music taste is varied with numerous Northern Soul records matching his love for all things Morrissey, well almost! Although he is slowly regretting his tattoo choice. Ryan hails from Scotland and has just arrived in Toronto after a year living in Auckland, New Zealand where he spent all of his time in dark sweaty clubs watching punk bands.
RELATED ARTICLES
album reviewalbum reviewsfive kill records
8.0