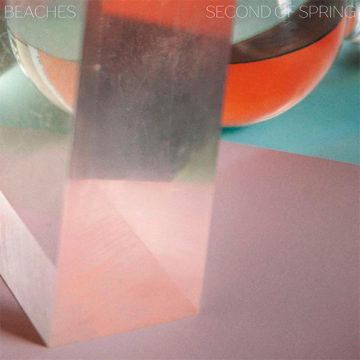 When Australian psych rock all-girl quintet Beaches released their self-titled 2008 debut, it was shortlisted for the Australian music prize, and they toured the U.S., including playing SXSW twice, sharing stages with the likes of The Cult and Deerhunter. In 2013, their second album, She Beats, earned raves from the likes of Pitchfork, Spin and others.

Now Beaches returns with a double album titled Second of Spring, that continues the DIY “noise pop” that the band is best known for. Extended guitar intrumentals dominate the 17-song set list, along with overdriven psych-outs. Unfortunately, the vocals, as they are, sound more like muffled guide vocals done in a small rehearsal space, as opposed to a real recording studio. I assume, that along with the band, this can be credited, for better or worse, to engineer/producer John Lee (Totally Mild, Lost Animals).

Key cuts on the double album include “Void,” “When You’re Gone,” “Be” and “Bronze Age Babies.”

Gerry Young is President of Current Records and Management, and author of the 2011 biography Pop Goes The Weasel: Rock And Roll Off The Record, available at Indigo/Chapters, Barnes & Noble, and Amazon.com. He has recorded and managed Juno Award winning bands Martha And The Muffins and The Parachute Club among others.
RELATED ARTICLES
album reviewsbechapter music
8.0